The transmission of drug-resistant strains of HIV has dropped dramatically in Vancouver, according to a study published January 1 in Clinical Infectious Diseases. The study authors claim the 12-fold reduction in transmitted resistance is at least partly due to the fact that nearly 90 percent of people taking antiretroviral (ARV) therapy are now able to keep their HIV fully suppressed.

Experts estimated that up to 13 percent of people in the United States were infected with drug-resistant strains of HIV in the year 2000, reflecting a steadily increasing—and worrisome—trend in the transmission of virus with decreased sensitivity to existing ARVs. People who acquire drug-resistant HIV might have fewer treatment options once they need to start HIV therapy.

More recently, evidence from other countries suggests the rate of acquired drug-resistant HIV may be dropping.

Vikram Gill, MD, from the BC Centre for AIDS in Vancouver, and his colleagues analyzed viral load and drug-resistance data from 7,730 people living with HIV whose blood was tested between 1996 and 2008 at the BC Center for AIDS. The large HIV clinic treats much of Vancouver’s HIV-positive population.

Gill’s team found that the number of cases of transmitted drug-resistant HIV fell from 571 in 1996 to just 71 cases in 2008, despite the fact that the cumulative exposure to ARV therapy in the population increased more than 10 times during the same period. Given how many more people had taken ARV treatment in 2008, compared with 1996, the actual rate of new drug-resistant transmissions dropped about 12 fold.

The authors conclude this dramatic decrease is at least partly due to an increase in the number of people with HIV in the community whose virus is fully suppressed. The percentage of people with undetectable HIV levels has increased from 64.7 percent in 1996 to 87 percent in 2007. In other words, the more people manage to keep their viral loads undetectable, the less likely they are to transmit drug-resistant virus to others.

The researchers write: “If current trends persist, the continued improvement of [ARV therapy] and the increased availability of new drugs could potentially make the development of new HIV drug resistance a rare event.” 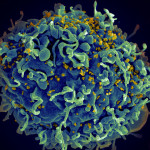