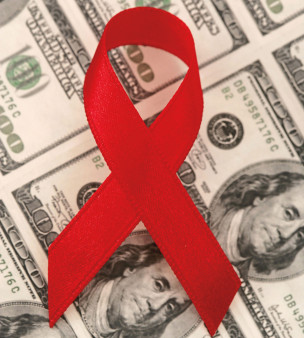 HIV Treatment for All Could End the Epidemic Faster

By reallocating $37.5 billion in public and private funds, new HIV cases could drop from 37,000 a year to just 2,000 by 2027. That’s a 94% reduction, according to a new modeling study from the Centers for Disease Control and Prevention (CDC).

Doing so would require scaling back programs for pre-exposure prophylaxis (PrEP) and dramatically expanding HIV treatment to every U.S. resident living with the virus, demonstrating the power of an undetectable viral load to prevent transmission.

With no change in the annual public and private spending or how those funds are allocated for HIV care and prevention, another 330,051 people would be expected to be diagnosed with HIV by 2027—an average of 33,100 new cases per year, which is lower than the current HIV diagnosis rate, which hovers around 37,000 per year.

If current funding were reallocated from PrEP for high-risk heterosexuals to gay and bisexual men and significantly increased for syringe services, among other things, HIV acquisition could drop by 69% by 2027, to an average of 10,400 new cases per year. In this scenario, not every U.S. resident living with HIV would receive treatment.

But by allocating six times more funding for linkage-to-care programs, increasing funds for antiretrovirals by one and a half times and doubling funds to help people maintain viral suppression, those rates could plummet to just 2,000 new cases a year, the model suggests.

“The current allocation spends a large proportion of prevention funding on testing low-risk heterosexuals and on PrEP for high-risk [gay and bisexual men],” Stephanie Sansom, PhD, of the CDC’s Division of HIV/AIDS Prevention, and colleagues wrote. “Models comparing interventions show that [PrEP] is less effective in reducing new HIV cases nationally than ensuring that those already infected cannot transmit to others by achieving and maintaining viral suppression with effective [antiretroviral therapy].”