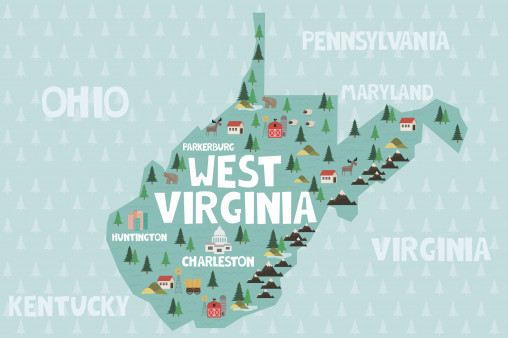 What has happened since health experts identified an HIV cluster in Huntington, West Virginia, in 2018?

Here’s some hopeful news on the health-care front: The rate of new HIV cases associated with a well-known cluster in Cabell Country, West Virginia, is slowing down, reports the Herald-Dispatch of Huntington.

That’s thanks to an aggressive response from local, state and federal officials as well as the availability of harm reduction services, Michael Kilkenny, MD, of the Cabell-Huntington Health Department, told the newspaper.

Most cases are linked to injection drug use and the opioid crisis.

Cabell County had 76 cases of HIV as of January 16; nearby Kanawha County has 14, and Ohio County has 5. Cabell County is located on the far western side of the state, bordering the Ohio River (and Ohio state); Kentucky is also nearby.

County health officials said they report about one new HIV case a month and added that they’re still operating in emergency response mode. Nonetheless, this rate marks an improvement.

According to reports POZ covered in August 2019, Cabell County had confirmed 73 cases, though some of those cases included people who didn’t live in the county but were linked to that cluster.

Kilkenney said that if it weren’t for harm reduction services, the HIV cases in Cabell County could have ballooned to over 200, similar to what happened during an outbreak spanning 2014 and 2015 in Indiana under then-Governor Mike Pence.

In August 2016, within five hours, 26 people overdosed in Huntington, earning the city the nickname “the overdose capital of America.” Those overdoses, according to The Washington Post, were related to a batch of heroin laced with fentanyl. In 2015, Cabell County reported more than 900 overdoses.

At least three other HIV outbreaks have been reported across the state in the past three years, also linked to the opioid epidemic. To help counter the problem, pharmaceutical giant Gilead Sciences awarded a $500,000 grant to Community Education Group, which has regional coalitions across the state. According to WVPublic.com, the group aims to integrate HIV education, prevention and treatment into its community advocacy.