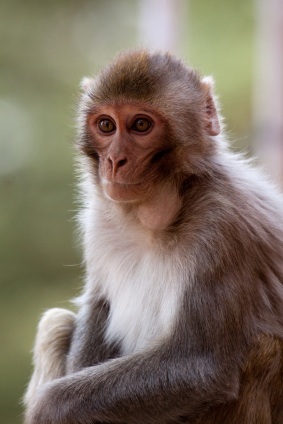 Researchers are reporting a high degree of success using a two-step vaccine strategy against a virulent, tough-to-neutralize form of simian immunodeficiency virus (SIV) in monkeys, findings that could potentially spell success against HIV in humans, according to a paper published online ahead of print by the journal Nature.

A variety of “prime-boost” vaccine regimens were tested in the studies. The most effective prime-boost vaccine reduced the animals’ likelihood of becoming infected per exposure to the virus by 83 percent, compared with a placebo vaccine strategy. Even in the animals that did become infected, prime-boost vaccination substantially reduced the amount of virus in the blood—an important secondary benefit of preventive vaccines.

SIV vaccines are not new, and several have yielded encouraging results in laboratory studies over the years. Many of these, however, were only able to prevent infection with SIV strains that are easy to neutralize. What sets the most recent data apart was the vaccines’ ability to prevent infection with a particularly potent form of SIV known as SIVmac215; like HIV, this simian virus is adept at evading vaccine-mediated immune responses.

“This study allowed us to evaluate the protective efficacy of several prime-boost vaccine combinations, and these data will help guide the advancement of the most promising candidates into clinical trials,” noted lead author Dan Barouch, MD, PhD, of Beth Israel Deaconess Medical Center at Harvard Medical School and the Ragon Institute of Massachusetts General Hospital, Massachusetts Institute of Technology and Harvard, in an accompanying announcement.

Barouch’s group tested several prime-boost vaccines. Rhesus monkeys first had their immune systems primed using a vaccine consisting of an adenovirus—a common cold virus—containing several genes from a laboratory strain of SIV. Six months later, the animals underwent a second round of vaccination, this time using either an adenovirus or pox virus containing the same SIV genes, in order to boost the immune response to SIV.

Six months after receiving the second component of the prime-boost vaccines, the monkeys were exposed to SIVmac215.

The vaccine consisting of the adenovirus prime and pox virus boost appeared to be the most effective. After being exposed to SIVmac215 just once, 12 percent of the advenovirus/pox virus–inoculated animals became infected with the virus, compared with roughly 75 percent of those that received placebo vaccinations. Though most of the vaccinated monkeys eventual became infected with SIVmac215 as a result of weekly exposures to the virus, Barouch and his colleagues suggested that the most effective of the prime-boost strategies reduced the monkey’s likelihood of becoming infected, per exposure to SIV, by more than 80 percent.

Further analysis provided insights into the immune responses that might have provided protection, called “immune correlates.” According to the work conducted by Barouch’s team, the best predictor of protection from SIV in the vaccinated monkeys was the presence of antibodies that latched onto the virus surface protein, known as Env, coded by one of the genes used in the prime-boost strategies.

This finding, the researchers note, reinforces what scientists have learned so far about why the first modestly effective prime-boost HIV vaccine—ALVAC plus AIDSVAX, resulting in a 31 percent lower rate of HIV infection compared with those who received placebo—worked in humans. According to Barouch and his colleagues, effectively mounting an antibody response that specifically targets Env will be a critical component of vaccine development.

The researchers also looked into immune correlates in the vaccinated monkeys that eventually became infected with SIVmac215. Many of these animals’ SIV viral loads were significantly lower than those that received placebo and subsequently became infected. Here, prime-boost vaccination that sparked robust SIV-specific CD4 cell responses and antibodies targeting SIV’s Gag protein were found to be critical.

The researchers conclude that their prime-boost vaccine strategies in rhesus monkeys show promise and should be further explored in human studies. According to USMHRP, collaborators are now planning clinical testing of a similar vaccine regimen in healthy adults at research sites in the United States, East Africa, South Africa and Thailand.