Merck announced July 14 that it is abandoning development of vicriviroc, the company’s CCR5-blocking HIV entry inhibitor candidate. In a statement, Merck explained: “This decision was based on the overall clinical data from Phase III trials in treatment-experienced patients and a recently completed Phase II trial in treatment-naive patients.”

Data from the Phase III treatment-experienced trial referenced in Merck’s statement were reported in February at the 17th Conference on Retroviruses and Opportunistic Infections in San Francisco. In that study, vicriviroc, when combined with an optimized regimen of approved antiretroviral (ARV) drugs, failed to demonstrate its superiority to a regimen made up only of optimized drugs.

The recently completed Phase II study involved people living with HIV starting ARV therapy for the first time. It explored the safety and efficacy of vicriviroc plus Norvir (ritonavir)–boosted Reyataz (atazanavir), compared with a commonly approved regimen consisting of Norvir-boosted Reyataz plus Truvada (tenofovir and emtricitabine). Results from this clinical trial have not yet been publicly reported by the company.

An earlier Phase II study, however, was prematurely terminated in 2005 because of potential efficacy concerns among treatment-naive patients. In this clinical trial, volunteers receiving vicriviroc, paired with Combivir (zidovudine and lamivudine), were more likely to experience early viral load rebounds compared with those receiving Sustiva (efavirenz) plus Combivir.

With the termination of vicriviroc’s development, Merck has directed researchers involved in the only ongoing study involving the drug to contact all the study participants and safely switch them to a regimen containing other ARV therapies. 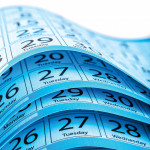 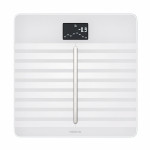