Videx EC, the delayed-release form of Videx, may now be taken by children who weigh at least 44 pounds, according to an update to the drug’s prescribing information from the United States Food and Drug Administration (FDA).

Until now, doctors who wished to prescribe Videx for children could only prescribe the older powder and tablet formulations of Videx, both taken twice a day. Videx EC, which is taken once daily, was only available for adults 18 years old and older.

Global Efforts to Address HIV in Children Are Falling Short

Prioritizing Children in the COVID-19 Response 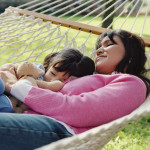