Nearly half of a group of HIV-positive men in New York City had abnormally low levels of vitamin D—potentially leaving them at risk for developing bone problems, according to a study presented at the Fifth International AIDS Society (IAS) Conference on HIV Pathogenesis, Treatment and Prevention in Cape Town.

Bone problems are a growing concern for people with HIV. This is partly because researchers are finding that people with HIV have bone problems at a younger age than their HIV-negative counterparts. In addition, people with HIV are also living to the age that uninfected people begin to have bone problems. Vitamin D is a critical part of bone health. Without it, the body cannot absorb calcium, which makes up the structure of all bones. Vitamin D deficiency is common in Northern latitudes because of the lack of sunlight during winter—the sun is a main source of vitamin D for our bodies.

To determine the prevalence of low vitamin D levels, David Rubin, MD, from the New York Hospital Queens, and his colleagues enrolled 62 HIV-positive New York City men into a study: 92 percent were on ARVs, nearly half were Hispanic, and 16 percent were black. The average age was 48, and the men’s body mass index—a calculation of weight and height—was 26.4, just slightly heavier than the normal range. A low body mass index is associated with poorer bone health.

Overall, 42 percent of the men in the study had vitamin D deficiency, with 11.3 percent having severe deficiency. After considering factors such as low CD4 count and BMI, researchers found a trend toward greater vitamin D deficiency in people who had taken non-nucleoside reverse transcriptase inhibitors (NNRTIs), such as Viramune (nevirapine) and Sustiva (efavirenz) compared with protease inhibitors. Smoking also was highly correlated with extremely low vitamin D levels.

The authors recommend routine clinical screenings for vitamin D in HIV-positive patients. They also call for further research to explain or debunk the connection between NNRTIs and vitamin D deficiency. 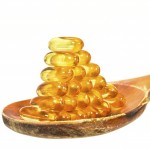 Recent labs found low vitamin D levels, although I get plenty of sun. Do I need a supplement? 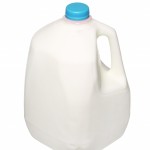 The Lowdown on Low Vitamin D