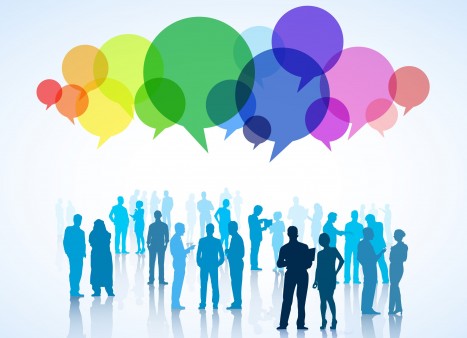 Americans elected Republican Donald Trump as the 45th president of the United States. He defeated Hillary Clinton, in what many consider a shocking upset.

In her concession speech Clinton said, “Donald Trump is going to be our next president. We owe him an open mind and a chance to lead.”

On its policy blog, AIDS United points out that Trump did not mention HIV/AIDS in his campaign speeches and platform. What does this mean in terms of fighting the epidemic during the next four years?

Below we compile a list of comments and press releases from HIV advocates and AIDS service organizations.

Peter Staley, ACT UP alum, subject of How to Survive a Plague:

“We have finally come to the end of a long and grueling election cycle, which has dominated everything from social media and television news to conversations around the dinner table. What did not change after the results came in is that GMHC still has clients to serve this morning and we still have an AIDS epidemic on our hands. With Election Day behind us, the work of running a country must continue, which is why today, I call upon the President-elect to start leading on the critical, national fight to end the AIDS epidemic within his first year in office.

“Some communities and regions are losing ground in the fight, with tragically increasing rates of new infections in the Southern United States, among young men who have sex with men, women of Trans experience, and within low-income communities of color. In the coming days, weeks, and months, GMHC will continue to fight and care for those living with and affected by HIV/AIDS, just as we have since this agency was founded in Larry Kramer’s living room in 1981. We will continue to organize around modernization of the Ryan White Care Act, removing the ban on federal funding for syringe exchange programs, ensuring funding for comprehensive sexual health education, and addressing outdated HIV-criminalization laws across the United States.

“As President Obama observed in his final State of the Union address, ‘We’re on track to end the scourge of HIV/AIDS. That’s within our grasp.’ The next U.S. President has an urgent opportunity and responsibility to take historic action with a more aggressive response to the epidemic. In the coming months, we will be pushing for the action, commitment and leadership needed to combat this public health crisis.”

“Last night, President-elect Trump said that he will be a ‘President for all Americans.’ We all hope this is true, and we will work to make it so.

“AIDS United will work together with our members, partners, and grantees; and we expect to work with the new Congress and the administration. We will work with all of you to ensure the rights and dignity of all people are respected, protected, and advanced. We will work to ensure that the federal response to HIV continues to be robust, evidence-based, and steeped in social justice.

“Three decades ago, the HIV movement emerged from hopelessness and chaos into a powerful agent of change. People were dying and our collective voices demanded medications, research, and basic human compassion. We dug our heels in deep. We came together. We fought hard. We refused to be told no.

“United, we changed the course of HIV/AIDS. Today, we move forward. AIDS United’s mission to end the AIDS epidemic does not change. We remain steadfast and earnest in our approach. We look forward to being united in our cause.”

Excerpt of opinion by Phill Wilson, president and CEO of The Black AIDS Institute:

“APLA Health also has a promise to keep—and that is to continue the fight for health care equity and to promote wellbeing for the LGBT and other underserved communities as well as people living with and affected by HIV. We will be doing everything we can to fulfill that promise. With your help we will work locally, in Sacramento and in Washington to make sure that healthcare remains a right and not a privilege, that underserved populations receive high-quality and culturally competent health care, and that no one is denied access to the care they deserve. We will also continue fighting for all Americans to be treated with respect regardless of race, immigration status, gender, religion, sexual orientation, gender identity or disability.

“APLA Health and experts around the world know that we now have the tools to bring the AIDS epidemic to an end. Tremendous work has been done over the past several years to increase access to treatment for people living with HIV and expand access to HIV prevention services, including pre-exposure prophylaxis (PrEP), for those who are HIV-negative. APLA Health will not let misguided political promises derail the progress we have achieved or keep us from achieving an AIDS-free generation. We pledge to do everything in our power to keep moving forward and we ask for your continued support in this fight no matter the challenges we confront.”

“Elections have consequences, and we fear the worst from this one; but that only means we must fight harder, smarter and more relentlessly than ever before. In the coming weeks, months, and years, we must work intersectionally and in solidarity. We cannot work narrowly on one issue; more than ever, we need to fight for a broad progressive agenda, inclusive of ensuring that our very rights to healthcare, food, housing, land, movement, migration, and even to participate in democracy are protected. Our fates are intertwined. Only through fierce solidarity will we be strong enough to withstand the attacks on our communities and our very right to exist.”