A former Jesuit finds hope outside the House of Worship

“I offered hope God wasn’t condemning them to hell.”

Barry Huff remembers kneeling in church years ago, lighting a candle in a red glass cup. Watching the light flicker and flare, he prayed for the courage to live with his hemophilia and realize his dream of becoming a Jesuit priest.

Today, in his Spokane, Washington home, Huff still lights candles. But the icons have expanded to include his painting of Alexei Romanov, the hemophiliac son of Russia’s last czar, Nicholas II. Huff’s view of the Jesuits has changed as well, though he admits his parents warned him from the start: “My dad said Jesuits were the Marines of the Catholic Church.”

But Huff was hardheaded. He ignored his father’s advice, and in 1985 the Society of Jesus deemed him a fit candidate for service to God.

Until he received an abrupt phone call soon after he joined the order.

“It was unbelievable,” says Huff, who’d tested HIV positive as a result of contaminated blood products. “A doctor phoned me and said, ’You’re HIV positive. Call me if you get sick.’” Stunned, he turned to his Jesuit leaders for guidance. “No one understood then what it meant to be HIV positive, except that it was a death sentence.”

Huff decided to confront his fears by volunteering at an AIDS hospice. “I had nothing to give but my presence,” he says. “I tasted the meaning of compassion - to suffer with another person.” Huff called on his Jesuit background to comfort the dying. “I offered hope that there wasn’t a judgmental God condemning them to hell because they had AIDS,” he says. “They were dying, but not alone and not afraid.”

As part of his priesthood training, Huff was assigned to teach at a high school. “I had excruciating headaches and my energy was down,” he recalls, “but when I told my superiors, they thought I was trying to get out of teaching.”

When a counselor advised Huff not to discuss his medical condition with fellow Jesuits because it would burden them, he had nowhere to turn. Searching for support, Huff tried 12-step programs, though he was not a substance-user or addict. “I went for some semblance of hope, but I felt isolated because I didn’t know how to talk about my religious experience,” he says.

Finally, Huff, a heterosexual, heard about a gay HIV support group where he finally found what he was looking for. “This was the first place I could openly share my fears about HIV with people who felt the same,” Huff says, shrugging off any concern he had about joining a gay group. “Being perceived as gay was the least of my worries.”

Teaching became increasingly stressful, and he eventually asked to be reassigned. Instead, he was released. “My supervisor said I didn’t have the energy to do the apostolate.” Huff petitioned to proceed to ordination, but was denied in 1991. “They put me on ’special assignment’ and told me to pray,” he says. “That’s what retired Jesuits do, drooling in their wheelchairs.”

Huff’s prayers for guidance were answered when he made the decision to leave the priesthood, marrying shortly thereafter. Ironically, he returned to teaching - at a small college, where his religious education has found an outlet in his lectures on ethics and philosophy.

So far, Huff has avoided the pharmaceutical route, opting for his own regimen of herbs, acupuncture and massage therapy. He believes it’s working: His CD4 count has hovered around 300 for the past several years.

As for his spiritual health: “People ask me if I left God when I left the order,” Huff says. “But I believe that God is bigger than the Jesuits.” 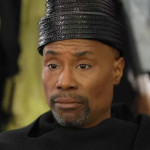