The Joint United Nations Programme on HIV/AIDS (UNAIDS) goal for the rapid scale-up of HIV testing and treatment would be hugely expensive in hard-hit South Africa but also cost effective. Publishing their findings in the Annals of Internal Medicine, researchers used mathematical modeling to compare the current pace of virologic suppression scale-up in South Africa with the UNAIDS goal.

The researchers factored into their modeling published estimates and South African survey data on HIV transmission rates, fertility rates among HIV-positive women broken down by age and the cost of HIV care.

The extra cost of the UNAIDS strategy would amount to an estimated $7.965 billion over five years and $15.979 billion over 10 years.

This investment would translate to a cost of $2,720 for each additional quality-adjusted life year (QALY) gained over the current South African strategy. (A QALY is one year lived in full health. Less than optimal health counts as less than one QALY, depending on how compromised health is.) Each year of life saved would cost $1,260. Both these figures are considered cost effective. 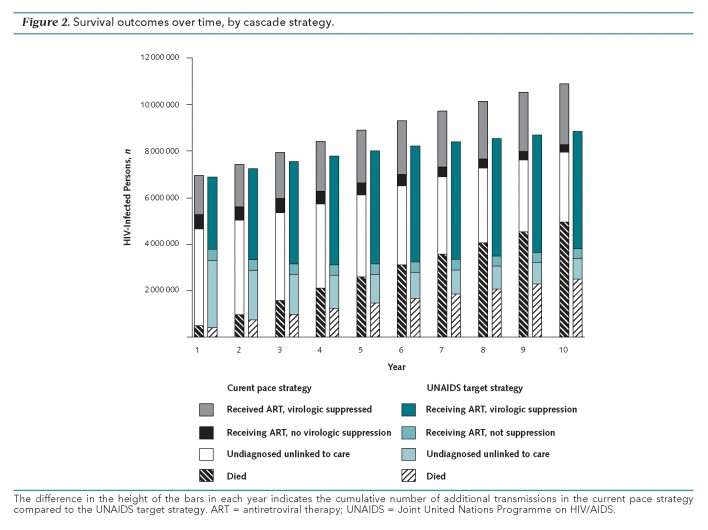 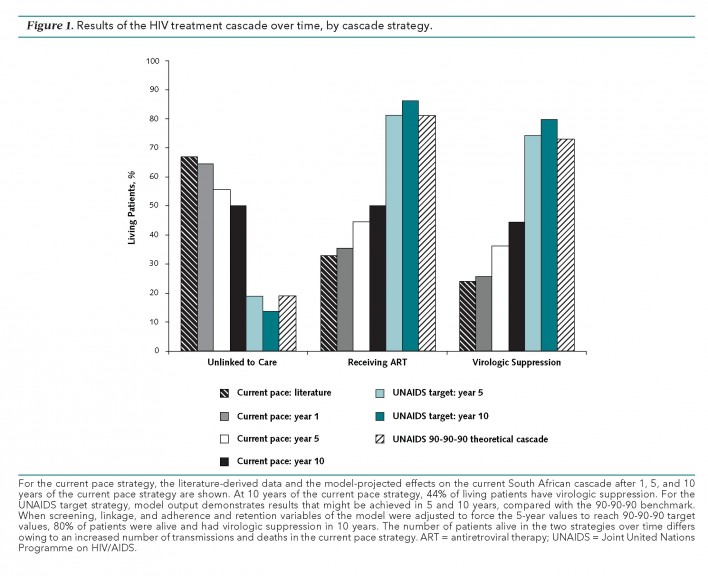