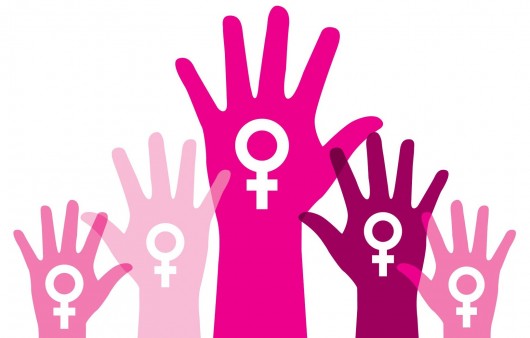 I am not a woman, but I do feel energized whenever I hear songs of empowerment for women. I’ve even been known to sing “I’m Every Woman” at karaoke, but that’s another story.

Despite a slightly dated sound, the lyrics of the 1972 song “I Am Woman” by Helen Reddy still inspire me. “I am woman, hear me roar / In numbers too big to ignore ... / I am strong (strong) / I am invincible (invincible) / I am woman.” If I let the sentiment in, that corny song usually lifts me up.

In its heyday, that song did a lot more than brighten your day. “I Am Woman” was a No. 1 hit, selling over 1 million copies and becoming an anthem for the feminist movement. Not too shabby.

In a year when instead of having our first female president we have a man in the White House who called his opponent a “nasty woman,” the idea of celebrating women for our eighth annual POZ 100 was a no-brainer. We’re thrilled to highlight the work of both women who are living with HIV and women who are HIV negative.

That said, we’re very excited to have the opportunity to spotlight eight women from the Positive Women’s Network–USA on the cover. In alphabetical order, they are: Barb Cardell, Sharon DeCuir, Grissel Granados, Stacy Jennings, Ariana Lint, Venita Ray, Teresa Sullivan and Evany Turk.

They represent the energy and dedication of all the women on this year’s list. As always, the POZ 100 is not a definitive list but instead is meant to be a representation of the epidemic through the lives of people from across the country and from all walks of life. Click here to read all about them.

Both women and men living with HIV are facing big challenges these days, including health care, housing and more. Taking into account that people with the virus are as diverse as the nation itself, it is no surprise that HIV-positive people face the same challenges related to race, ethnicity, gender and orientation as others do. The intersectionality of the epidemic is undeniable.

Immigration is an excellent example. In the ongoing fight over immigration, people living with HIV are among the folks affected. That is a fact overlooked by most people but not so by one group in particular—Immigration Equality. In addition to its mission to advocate for LGBT people, the organization assists HIV-positive immigrants. Click here to read our Q&A with Aaron Morris, executive director of Immigration Equality, for more information.

As we focus on the concerns that people with HIV in the United States grapple with, it is often easy for many of us to ignore the pressing needs of the AIDS pandemic. World AIDS Day, which is marked each December 1, reminds us to recognize global efforts. The virus continues to wreak havoc in Africa and Asia, but it also does so closer to home, including the Caribbean and South America.

In the case of Venezuela, HIV/AIDS has gone from being largely under control to once again a crisis situation. Economic and political reasons are both to blame. Click here and read our profile on Jesús Aguais, executive director of Aid for AIDS, for an update on Venezuela and to learn how you can help.