In anticipation of the G8 and G20 summits, which Canada will host in June, the International AIDS Society (IAS) is calling on Canadian Prime Minister Stephen Harper—and, in turn, leaders from around the globe—to honor the country’s 2005 commitment to financing global access to HIV prevention, treatment, care and support by 2010.

The organization would like any new global initiatives focused on maternal and pediatric health to include HIV/AIDS as a central component.

IAS notes that Canada and other G8 and G20 nations have fallen short of their universal access targets.

In a letter sent to Harper on January 29, Julio Montaner, MD, Elly Katabira, MD, and Pedro Cahn, MD, PhD—the present, future and immediate-past presidents of IAS—wrote, “As host for the upcoming G8 and G20 summits, Canada has both an opportunity and the obligation to demonstrate accountability for its commitment to financing universal access to HIV prevention, treatment and care by 2010 and to fully funding the Global Fund. We urge Canada not to step away from this unfinished agenda, and to use your role as host to urge your G8 and G20 partners to also stay the course.” 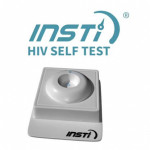