A scene from “As Much As I Can” Courtesy of Harley & Co.

“As Much As I Can” debuted in the South. This week, it opens in Harlem, New York.

Created by and for Black gay men, the immersive play As Much As I Can explores the issues of HIV and stigma in the context of that community. Originally produced last January in Baltimore, Maryland, and Jackson, Mississippi, a version of the show opens today and runs through May 24 in Harlem, New York.

Tickets are free; reserve your spot at amaicny.com. 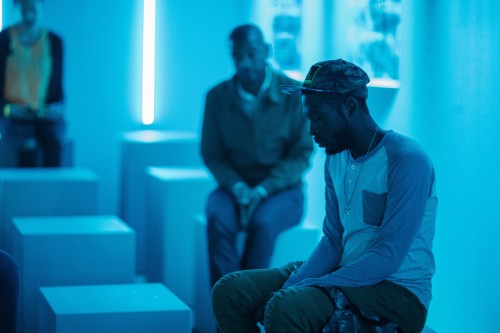 A scene from “As Much As I Can”Courtesy of Harley & Co.

The show was created as part of ViiV Healthcare’s Accelerate! Initiative, a four-year $10 million program geared toward improving the well-being of Black gay men, notably in Baltimore and Jackson, where HIV rates are especially high among that population.

After holding community listening sessions about HIV and related topics, the show’s creators wrote various scenes and cast local actors alongside professionals. The play is billed as an “immersive theater experience,” meaning that audience members walk through rooms with the actors as opposed to remaining seated as events unfold on a stage.

“The goals were to broaden and continue the dialogue around HIV,” Marc Meachem, ViiV’s director of external affairs, told POZ in an article about the original production. Audiences seemed very receptive, he said and noted that “people stayed for the talkbacks and showed no signs of wanting to leave. It was a deep, impactful dialogue.” 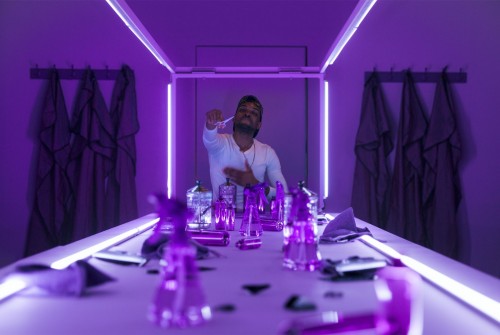 A scene from “As Much As I Can”Courtesy of Harley & Co.

The New York production includes new cast members, but the goals will no doubt be the same—to engage people outside the world of public health and AIDS organizations in discussions about HIV and to close the disparities among people of color.

Meachem recently spoke with Billboard magazine about As Much As I Can. Read that interview here.