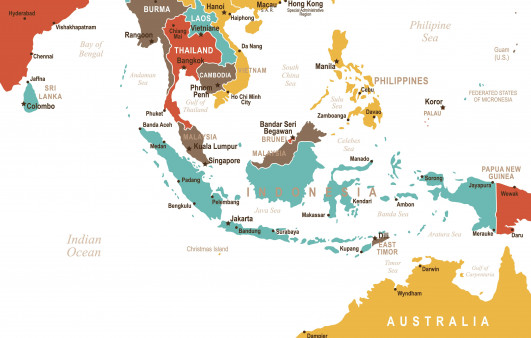 “LGBT people’s access to condoms, to counseling and to HIV education is disappearing.”

Indonesia has been cracking down on LGBT people by raiding places where they meet and arresting them, and the repression is fueling HIV rates in the country, according to a report from Human Rights Watch (HRW) and covered by CNN.

“LGBT people’s access to condoms, to counseling and to HIV education is disappearing,” said HRW researcher Andreas Harsono, one of the authors of the report. “It’s becoming more and more difficult for HIV education groups to access these communities. The situation is alarming and rates of HIV infections are increasing in Indonesia.”

According to the HRW report, police in Indonesia apprehended at least 300 LGBT people last year simply because of their sexual or gender identity. The arrests are part of a larger effort to demonize LGBT people. (The Republic of Indonesia has a population of over 261 million people, spread across more than 13,000 islands between Asia and Australia, according to Wikipedia. In contrast, the United States has almost 309 million people.)

“It began with a moral panic: that homosexuality was contagious, that it might affect children, that it is more dangerous than nuclear war,” Harsono told CNN, which added that the Indonesian media stoked the hysteria.

Nearly 48,000 people contract HIV in Indonesia each year, according to the report, and most of those individuals heterosexual. But rates among men who have sex with men have increased fivefold since 2007.

People living with HIV or at risk of contracting it are becoming afraid to seek prevention and treatment. Harsono said that HIV organizations that used to have 700 clients now have only 250. What’s more, condoms are sometimes used as evidence of alleged crimes, such as prostitution.

As CNN notes, although the country is Muslim, until recently its LGBT population was tolerated.