Researchers looked at potential drug-drug interactions among Swiss people with HIV and compared them with a cohort from 2008.

The advent of the integrase inhibitor class of antiretrovirals (ARVs) has helped mitigate the risk of potentially harmful interactions between medications that people with HIV take, aidsmap reports.

However, as the HIV population has gotten older and increasingly uses medications to treat other health conditions associated with age, such as cardiovascular disease, this trend has hampered a further reduction in potential drug-drug interactions (DDIs) among them.

Elisabeth Deutschmann, PhD, of the University of Basel, and her colleagues conducted a study of potential DDIs among members of the Swiss HIV Cohort in 2018. The study was a repeat of a previous study conducted a decade prior.

The 2018 cohort included 9,298 people living with HIV in Switzerland who were taking ARVs. They had a median age of 51, and 72% were men. Ninety-one percent had an undetectable viral load.

Forty percent of the cohort took an integrase inhibitor, 32% took non-nucleoside reverse transcriptase inhibitors (NNRTIs), 30% took a booster medication (either ritonavir or cobicistat) and 3% took a combination of NNRTIs plus boosted ARVs.

Sixty-eight percent of the study participants took at least one other non-ARV medication. People taking other medications tended to be older, to have a lower CD4 count and to be taking an integrase inhibitor compared with people who were taking only HIV treatment. Fourteen percent of the cohort members took more than five medications outside of their HIV treatment regimen.

One in three of the participants had an “amber flag,” meaning they were taking medications with the potential for substantial drug-drug interactions, but those that could be managed by adjusting medication doses or through increased monitoring by physicians. Twenty percent had a “yellow flag,” meaning they were taking drugs with the possibility of interactions that would not have been too substantial and that did not prompt an immediate need to adjust doses or increase monitoring.

Forty-three percent of the participants had an amber or yellow interaction or both, compared with 59% in 2008.

After adjusting the data to account for various differences between the cohort members, the study authors found that compared with taking an integrase inhibitor, taking an NNRTI, taking boosted ARVs, and taking an NNRTI plus boosted ARVs were associated with a respective 4.6-fold, 12-fold and 20-fold increased likelihood of having a potential DDI. 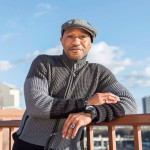