The cofounders of One Tent Health discuss their HIV outreach to younger and older people alike.

Founded in 2017, One Tent Health is a youth-driven and youth-led nonprofit in Washington, DC, that provides free HIV screening in the most underserved and lowest-income neighborhoods. The organization has thousands of youth volunteers. The group also provides free on-the-spot pre-exposure prophylaxis (PrEP) pills, COVID-19 PCR testing and voter registration. Cofounders Mackenzie Copley and David Schaffer, MD, both now 29 years old, were local students when the group launched. HIV activist and former youth leader Matthew Rose recently spoke with Copley and Schaffer about the importance of youth leadership and more. —Oriol R. Gutierrez Jr.

Rose: One Tent Health is doing what a lot of people just talk about but can’t actually seem to execute. By that I mean you have, functionally, a multiethnic organization that has intergenerational conversations about HIV. How’d you get there? 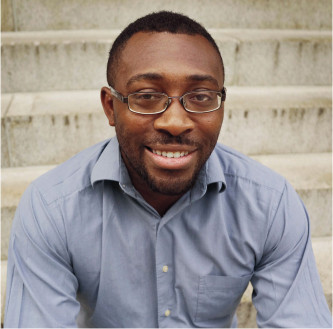 Copley: Years ago, I was doing volunteer HIV screening in the community, similar to what we do now. The primary problem, though, was that even though we saw that about 60 people a day were getting tested in front of a grocery store, about 20 people who had waited in line got turned away. They didn’t have health insurance.

It was a private testing company that was turning them away, so I asked the owners if we could test the people who didn’t have insurance. They said no. So I said, “I’m going to go start a nonprofit and test everyone.” Very soon after that, I definitely needed medical experience in the room. 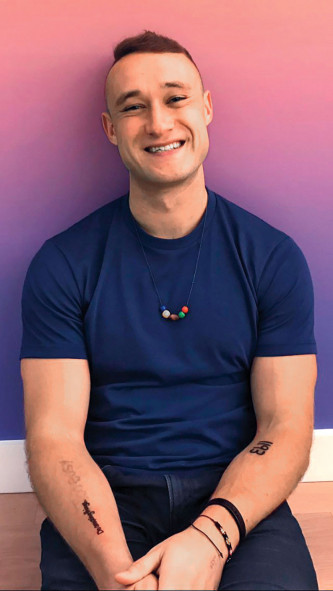 So enter Dr. Schaffer, or, at the time, medical student Schaffer. We went about trying to do everything that we could. We didn’t have any money, which was a great driver of our creativity to solve problems in a way that perhaps other organizations don’t need to because they have more of a budget. 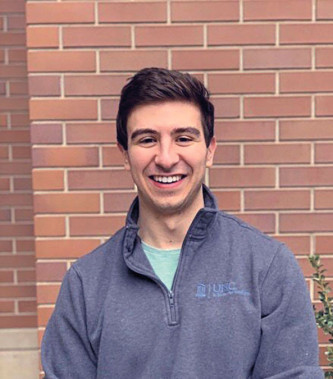 We started by using 10-by-10 canvas tents for screenings. We didn’t yet have money to pay a staff, so we thought maybe there’s an opportunity to loop in college students as volunteers.

It’s been cool to see things blossom into exactly what you said, which are conversations that cross generations, from our 18- to 22-year-old volunteers speaking with people the same age to people in their 70s, if not older.

Rose: Elders are still getting busy?

Schaffer: As the data person, I can confirm we have had clients of that age. In retrospect, one of the most important things we do in addition to youth engagement is community engagement.

Rose: Your approach differs from those who think we have to go to the clubs and bars to find people for screenings. You’re figuring out where people are willing to let you have these conversations. How has that been?

Copley: The local businesses have been quite open to it. I think it just has to do with people in the community knowing that HIV is an issue.

Rose: In 2021, a research group led by faculty at Harvard Medical School conducted an analysis of One Tent Health’s program. Tell us about it.

Schaffer: What I wanted to understand is how we’re doing. We’re getting great feedback from clients on the surveys that they fill out after screenings, but are we really accomplishing our goals?

As our staff summarizes the paper: “Notably, the research team observed that One Tent Health found a new-positive rate of more than four times that of traditional testing models in Washington, DC. The research group also reported unique statistical findings from One Tent Health’s program, providing further evidence to suggest that factors such as residential segregation, social capital, stigma and psychological influences intertwine to explain why Black or African Americans are disproportionately affected by the HIV epidemic. Further, the research group found by a literature review that One Tent Health’s program is likely the first of its kind in the United States, and is positioned well to be both reproduced and applied to testing or other services related to the COVID-19 pandemic.”

Rose: If you had more resources, what else would you like to achieve?

We want to further leverage that big number of volunteers we have to do a lot more events per day. So up from one each day on Saturdays and Sundays to as much as five per day.

If we did that, we could test about 200 people per weekend, which would translate into identifying one new HIV case every weekend. That would be a good way for us to keep using the model we currently have to make a bigger impact.

We’d also like to expand our PrEP services. In 2019, we launched what we believe is the nation’s first same-day PrEP program. We started offering seven-day sample packs to those who tested HIV negative, instead of just referring them to somewhere else, decreasing the probability of them actually getting PrEP.

In the paper, it said what percentage of people had never heard about PrEP before interacting with us.

Rose: It’s only been out for a decade!

Copley: I know, right? And the percentage of people interacting with us who said that they would want same-day PrEP is about 30%, so it’s just a matter of finding the financing for us to do more.

Rose: Two questions for you. What do you wish other young people knew that you’ve figured out, that you wish someone would’ve told you when you were starting all this? And what do you wish the older generations understood about the work you’re doing?

Copley: Every generation is charged with the goal of filling in the gaps that they’ve inherited.

The fact that we’re even able to create a same-day PrEP program would never have been possible if the advocates in the ‘80s didn’t take the steps that they took. It’s so cliché, but we’re standing on the shoulders of giants.

To the younger generation, imagine what the world would look like if everybody spent their time helping people.

Schaffer: The only thing I would add is something along the lines of the quickest way to kill an idea is to bring it to a meeting. I just think about the number of times we brought the idea for One Tent Health to people with more experience and who were interested but then said, “No, that’s not going to work.” Have determination and grit to jump over the hurdles that come your way.

Rose: What do you want the HIV field to know right now?

Schaffer: I hope that people who are either working in this space or in the peripheral spaces will be careful not to isolate their work to just HIV and not recognize all of the other factors and the people who are doing other work that is so intertwined.

We’re not going to achieve, in my opinion, the UNAIDS 90-90-90 goals without also addressing the opioid pandemic and needle sharing and making sure people have good access to medication-assisted treatment for opioid use disorder and homelessness and stigma, all that kind of stuff. People who work specifically on those other things need to remember HIV. And the same goes for people like us who work on HIV—we need to improve our programs to account for all those other considerations.

Copley: I would ask everybody to keep their minds open to new solutions coming from anyone, but especially from the younger generation. We’re thinking of new ideas all the time.

For example, at One Tent Health, we added voter registration onto our model while people are waiting in line.

A seemingly crazy idea can sometimes be one that changes the world. Not all crazy ideas work, but hardly any ideas that change the world aren’t a bit crazy at first. Keeping your ears and eyes and hearts open is my primary request. Doing so could lead us all to a place we’d like to be.