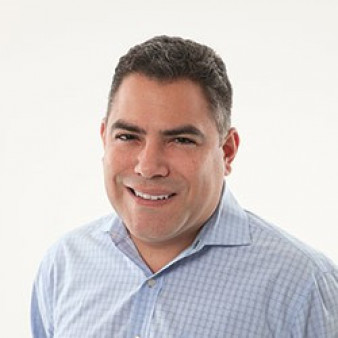 I will always remember the day I was told I have HIV. In 1992, the day after my 22nd birthday, I was informed by my commanding officer in the United States Marine Corps Reserve that I had tested positive for the virus.

I sat and cried for a long time that day. Then I told my best friend, and we sat and cried together. The advent of effective HIV treatment in 1996 was still a dream when I tested positive. I never expected to see 30. The next few years only reinforced that dread as I lost loved ones to AIDS.

My experience is far from unique. The early ’90s were trying times in the epidemic. The initial suffering of the ’80s had been compounded by the continuing crisis—with no end in sight. It was a challenge to believe that tomorrow would be better.

POZ founder Sean Strub thought otherwise. Frustrated by the media’s coverage of the AIDS epidemic, he launched the magazine in 1994 to amplify the voices of people living with HIV. Sean, who tested HIV positive in 1985, sold his life insurance policies to invest everything he had into the launch.

As Sean tells it in Body Counts, his 2014 memoir, “We tried to tell the story of the epidemic in all its complexities, through the experience of those with HIV. And we would do so in an attractive, engaging and hopeful format. On glossy paper.”

Twenty-five years later, POZ persists. We’ve seen the fight for effective treatment lead to the fight for expansion of access to that treatment. We’ve gone from countering the fear of people who have HIV to promoting the fact that being undetectable means not being able to transmit the virus sexually.

Through it all, the core of our mission has remained unchanged—to be a mirror for the HIV community. From cure research to celebrities, from treatment improvements to personal stories, our coverage reflects the journeys of all of us affected by the virus.

In that spirit, for our 25th anniversary book cover, we created a collage of people (as well as dogs, artwork, a Muppet and more) spotlighted on our covers through the years. Although it’s not exhaustive, the image is representative of our content.

The book cover was inspired by the cover of our April/May 2019 print magazine. In that issue, we caught up with 25 advocates who were deeply affected by their appearance on the cover. That feature story is reprinted in this book. Whatever the outcomes, appearing in POZ marked a milestone for them in their lives.

I certainly know what POZ meant to me as a reader, well before I had the honor of being editor-in-chief. I don’t recall exactly which cover I saw first, but I can say for sure that I was captivated by the Pedro Zamora cover. That was the third issue of the magazine. All our covers and issues up to our 25th anniversary are highlighted in this book.

We hope you enjoy this retrospective of 25 years of POZ, and we thank you for reading!