Charles King is the CEO of Housing Works, a nonprofit fighting the twin crises of HIV and homelessness in NYC.

Charles King’s passion for helping the homeless was ignited during his early days as a Baptist minister in San Antonio. But it wasn’t until he joined ACT UP New York in the late-1980s that he connected his fight for the homeless to his fight for people living with HIV.

As a member of ACT UP’s housing committee, King helped organize demonstrations to raise awareness of the plight of homeless people living with HIV/AIDS, calling attention to the stigma and discrimination they faced, including from local officials.

In 1990, King and several fellow activists cofounded the New York City–based nonprofit Housing Works to fight the twin crises of AIDS and homelessness.

“We needed to start an organization that could prove to the city that these folks could be adequately housed and that even without treatment, they would live better and longer lives as a consequence,” says King, now the organization’s chief executive officer (though he jokingly refers to himself as “the Grand Poobah”). 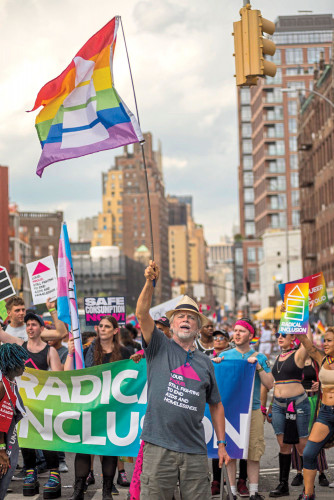 King is largely responsible for the vision, strategic planning and state advocacy of Housing Works. But he’s been more directly involved since the organization kick-started a plan to open a COVID-19 shelter in response to the coronavirus pandemic.

“We uncovered that the guidance that was being given on how to deal with suspected cases of COVID [in homeless shelters] was completely inappropriate,” King says, noting that people thought to have the virus weren’t allowed to return to homeless shelters until they’d been declared virus-free, which, in the meantime, left them out on the street.

King and Shelly Nortz, deputy executive director for policy at the Coalition for the Homeless, wrote a letter to city officials demanding they create isolation shelters for homeless people. The city leased hotels for that purpose but said it would be challenging to find enough operators. 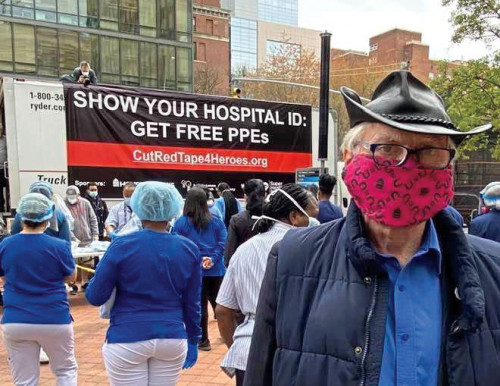 So King stepped up. As a result, Housing Works operates one of the city’s few COVID-19 shelters for people experiencing homelessness.

“My favorite day at the shelter is Sunday, when I go clean rooms, because it is very hands-on,” he says. “I get to know residents, find out about their lives and connect with them.”

It’s the same reason he likes living at Housing Works’ Harlem facility. “Being able to come home and be intimately involved in the lives of the people we are serving,” King says, “is just an invaluable treasure.”