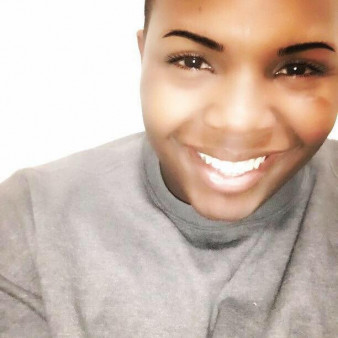 I was diagnosed HIV positive on October 3, 2014, but I knew that I had the virus long before then.

On December 24, 2012, I was leaving a Christmas party. I was walking down a street in the Midtown area of Houston. It was late, around 11:15 p.m. I remember the time because I had missed the earlier bus. It was dark. The streetlights were dim and covered by the trees. I used my phone to illuminate my walk.

I remember hearing someone walking behind me. You know that whole serial killer, slasher-movie type of walk. I finally cut a corner just to see who was following me. I flashed my light and I recognized the face. It was T.O.N.Y. * (The Other Night oh whY).

He offered to walk me to the train station. I told him it was OK, that I was in a rush and didn’t have time to chat. He grabbed my arm, but I told him I didn’t have time for what he was looking for, and I walked away. The next thing I knew, I was hit in the head twice and knocked out cold.

I woke up with my hands tied to a park bench and my pants down, and T.O.N.Y. was penetrating me anally. It was quiet. I tried to scream for help, but it was like my voice was paralyzed. I just lay there sobbing and telling him to stop and that he was hurting me. He didn’t even use any spit or Vaseline.

The worst part about it was that he didn’t have to rape me. He wanted to rape me. “I saw something that I wanted, and since you didn’t give it to me, I decided to take it,” he said.

I honestly liked T.O.N.Y., but I knew how he got down in the streets. I knew he was having unprotected sex with everyone and infecting them. I never wanted to be next. Every time T.O.N.Y. saw me, he would say, “I’m going to get you one day.” Well, I guess he did, because that night I was raped and infected with HIV.

After that, I fell into a deep depression, and I started to abuse drugs even more than before. When I started to feel the symptoms of HIV, I already knew what it was and who I contracted it from, but I wasn’t ready to face the music. So I walked around for almost two years knowing I had the virus but not getting tested because I was afraid.

In September 2014, I started to notice the lesions. A month later, I got sick and ended up in the hospital. My greatest fear was succumbing to the virus. I didn’t want to be known as Isaac, who died of AIDS. I didn’t want to die—period—but lying in that hospital bed I was weak, so I just let the virus take control.

My boyfriend was the only person there with me. Oblivious to the biological warfare taking place inside me, he just held my hand. At that moment, I couldn’t think of any better way of dying. I was exhausted, so I fell into what I hoped would be my final sleep. I wondered what the afterlife had in store for me. Would I ascend to the heavens or burn in the pits of hell? Either way, I just wanted to be at peace. I fell into a coma for 24 hours.

When I awoke, I was told that not only had I tested positive for HIV but my CD4 count was 94 and I had AIDS. My heart and face fell to the floor. On the inside, I had just crumbled into a million pieces. So many thoughts ran through my head. I had so many emotions, but all I could think about was T.O.N.Y. and how for almost two years I walked around and allowed this virus to almost kill me.

Overwhelmed by self-stigma, I became even more depressed. I began to use drugs even more, until I had enough and decided to take my own life. I attempted suicide five times. I was angry because I was at the point where I no longer wanted to live but I couldn’t die.

The last time I attempted to kill myself, I slept for three days. I had a dream that I was speaking at a public event about being raped and infected with HIV and how it had traumatically affected my life. I was speaking to a room full of people who were just like me and telling them that we could get over the virus and disease.

It was the stigma of HIV that kept me afraid and from learning my status for so long. It was the shame of being raped and the guilt of holding the secret in for so long that did the most damage. Even though I am now telling the world my story, my battle is far from over. I may never get over the trauma that I have endured, but I’m OK with that. I am resistant to the majority of medications for HIV, and I’m OK with that. I’m OK because depression, rape, addiction, anxiety, schizophrenia and HIV do not define me. It’s how I handle it that does.

When I found out that I was HIV positive, I never imagined how much my life would change, how many friends I would lose or how many friends I would gain. But being diagnosed HIV positive opened up my eyes and showed me the true colors of the world and the people who live in it. I have been stigmatized and discriminated against due to my HIV status. Even though I have grown to accept my status, I still have moments just like everybody else living with the virus. I still have days when I wish that I could be free of this virus and disease, especially on those days when the neuropathic pains hit. Every cough, sneeze or tingling in my throat scares me. There are still days that I think about ending it all, moments where I’m clutching a pill bottle wanting to sleep and never wake up. Sometimes I just get so sick and tired of being sick and tired. But I’m surviving.

Writing and publishing my book, The Epidemic: Living with HIV in the 21st Century, and founding ProjectRED, where we are committed to dismantling HIV stigma and discrimination.

Not getting tested when I should have. I walked around for almost two years with the virus. It wasn’t until I landed in the hospital with an AIDS diagnosis that I found out I was HIV positive. My CD4 count was 94.

The sounds that echo in the silence of a dark room.

The stigma that comes along with being HIV positive. People are so ignorant and misinformed about HIV. Sometimes, I get tired of answering questions like “Are you sure you can’t get HIV by kissing?”

Not to be afraid to speak my truth because not everyone’s HIV experience is the same. In order to reach a new generation, we need more advocates like myself, who are a part of this generation.

Ryan White, even though he has passed. He taught me that with education and compassion, we could stop the stigma and discrimination that surrounds HIV and the people who live with HIV.

In the words of Ryan White, “Because of the lack of education on AIDS, discrimination, fear, panic and lies surrounded me.”

I would be an eagle because, unlike other birds, eagles fly high above the clouds. As they face hard winds, they use their wings to carry them, reaching their destinations effortlessly.