Sean Strub is the founder of POZ and the executive director of the Sero Project. Here is an edited excerpt of his opinion piece which pays tribute to the late founding creative director of POZ. 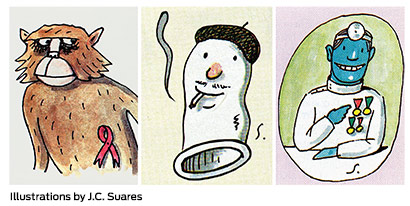 When I first met J.C. Suares in 1993 while working on what became POZ, the only thing I knew about him was that he had designed 7 Days, a gorgeous but short-lived New York weekly—and that he was recommended to me by Richard Perez-Feria, POZ’s first editor.

Over the next 20 years, J.C. and I became close friends. There wasn’t anyone who was part of POZ’s launch who took more pride in what we had created than J.C. His expertise—not just in design and illustration, but all aspects of publishing—was crucial to our launch and success.

J.C.’s radical inspiration was that instead of having artists illustrate a specific passage of text, as in “we need something showing the Capitol Building” or “we need a rabbit image,” J.C. gave the illustrator license to interpret an entire article.

J.C. brought that philosophy to POZ as well, helping to cement a culture of respect for the voices of artists just as much as we respected our writers. It was J.C.’s persuasive insistence that led to POZ devoting so much space to lush photography, vibrant illustration [above are three drawings by J.C.] and exceptional design.

Once, early in our relationship, I overruled him on a design suggestion he had proposed. I knew he was annoyed, but he went ahead and designed it as I requested. When I saw the finished pages, I thought they were great and was effusive in my praise. Then he said, “Now look at this one,” and showed me a version created as he had recommended. The difference was so dramatic and obvious that I could only meekly give my approval, getting a “harrumph” from him in return. I never overruled his judgment again.

For more than 30 years, J.C. was married to the amazing Nina Duran, also a POZ contributing artist. In those days, finding a straight man who was passionate about the epidemic and gave so generously of his time and talent was unusual. But I never heard J.C. correct anyone when they assumed he was gay; he was post-gay before the phrase was popular.

When someone on our design staff gave notice, usually resigning for a better opportunity—sometimes presented by J.C. on behalf of one of his clients—he would tell me, “It’s OK, they need to spread their wings. I’ve already got someone you can replace them with….” There’s a legion of professionals in the publishing industry who benefited from his mentorship and support or even owe their careers to his guidance.

J.C. might not have always recalled the names of people, but he never forgot the names of their animal companions and never failed to greet every dog in our pet-friendly office. As a sideline, he produced all those cute cat and dog books, like Fat Cats, Cats in Love, Dogs to the Rescue and many others.

We used hundreds of J.C.’s own illustrations—sometimes he created them on the spot, in seconds—but he also had a stable of talented freelancers. Money was tight, so whenever I expressed a concern about the budget, he would ask, “How much can you pay?” Whatever I replied—whether I said $500, $25 or nothing—he always responded, “It’s done. They’ll do it.”

When the finances were very difficult, J.C. stopped sending bills for his own time, saying, “It’s too important, we’ve got to keep this going.” Knowing how important POZ was to J.C. elevated its importance for everyone in the office, making us work harder, expand our ambition and produce a better magazine.

My condolences to his partner Nina Duran, his sister Josée Bauman and to the legions of J.C. fans who knew him through the brilliance of his passion, pen and paint.

Sean Strub is the founder of POZ and the executive director of the Sero Project. Click here to read the entire article. 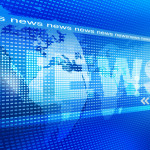 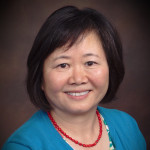 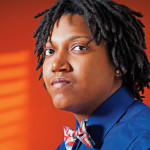