Judith Light’s AIDS Advocacy Inspires Us. Who Inspires Her?

The beloved actress stops by “Show People with Paul Wontorek” to discuss that and much more. [VIDEO]

Actress Judith Light has been entertaining and inspiring us for decades with her work on TV—from One Life to Live and Who’s the Boss? to Transparent and The Assassination of Gianni Versace: American Crime Story—as well as her triumphs on the Broadway stage.

This month she received her third Tony Award, for what could arguably be her most important role: a real-life advocate who works tirelessly to end HIV/AIDS. Specifically, Light received the 2019 Isabelle Stevenson Award, which honors those in the theater community who do charitable work.

She stopped by Show People with Paul Wontorek to discuss her AIDS-related activism her red carpet looks, her standout performances and much more. You can watch the entire interview at the top of this article.

Broadway.com offers a wonderful printed synopsis of the interview along with several amazing illustrations. Here’s what Light had to say about the queen of AIDS activism, Elizabeth Taylor:

“I always knew as I was growing up that if I ever was to receive any kind of notoriety, any kind of celebrity, I wanted to use it as a platform to be able to speak out. People wrote me when I did The Ryan White Story, and they said, ‘We’ll never watch you again.’ I was like, ‘I see what the world is. I see how it could be perceived in a whole other way.’ People said to me, ‘You know you’re going to ruin your career if you do this advocacy.’ I said, ‘No I won’t. I don’t know what you’re talking about. Anyway, it’s not going to stop me.’ You take inspiration from people like Elizabeth Taylor. She said, ‘Look, Rock Hudson’s my friend.’ She goes to Congress. I take a page from her heart and who she was.”

And when asked what sparked her own AIDS activism, Light answered:

“I saw that somebody that I had just been at the O’Neill Playwrights foundation with had passed away. He was so young. I thought, ‘Well that’s odd.’ And then all of a sudden, I began to hear about all of these people that I had been in repertory theater with—people that I knew were gay. Those were the days reading about it, and the CDC didn’t know what was happening. I was devastated by hearing what was happening and having no information at all. These really young men in our theater community—we were losing a generation. We’ve lost a generation of great talent and creativity. I thought, ‘This can’t be happening.’ No one seemed to know what to do. My friends were dying. I kept looking for what the key was: what was keeping this locked in place? And it was homophobia. It still is.”

Light was featured in POZ in its debut year, 1994, in a Q&A with the magazine’s then-editor Richard Perez-Feria. You can read that article here and view a digital version of that entire issue as it appeared in print here. 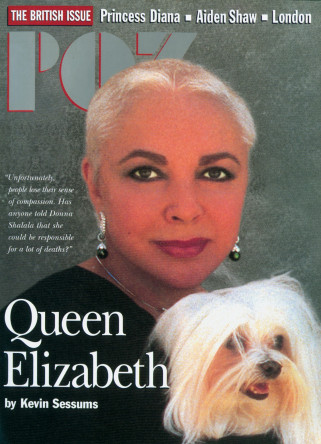