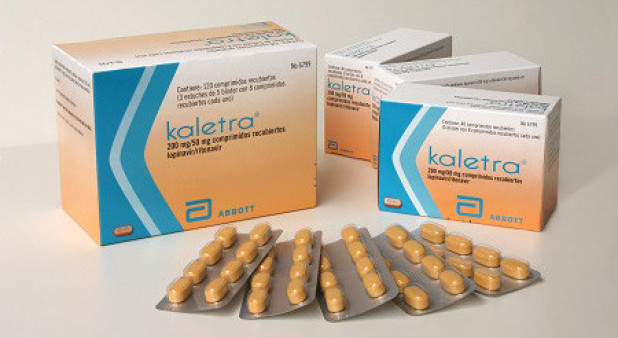 The protease inhibitor combination did not work significantly better than supportive care overall, though those treated earlier might benefit.

For the latest news about COVID-19 treatments, see COVIDHealth.com.

Go to poz.com/tag/coronavirus for our continuing coverage of COVID-19.

Click here to learn What People With HIV Need to Know About the New Coronavirus.

The combination antiretroviral pill Kaletra (lopinavir/ritonavir) proved no more effective than standard supportive care as a treatment for the novel coronavirus that causes COVID-19 in one of the first clinical trials of the drug. However, the study suggests it may help people who are treated early.

“In hospitalized adult patients with severe COVID-19, no benefit was observed with lopinavir/ritonavir treatment beyond standard care,” the study authors concluded.

This means there is no reason for HIV-positive people who are currently taking other antiretrovirals to switch to Kaletra in an effort to prevent or treat COVID-19, or for those now on Kaletra to change regimens to preserve the drug supply for COVID-19 patients.

As the new virus, officially known as SARS-CoV-2, continues to sweep the globe, researchers are testing dozens of potential treatment candidates, many of which are currently approved for other conditions. A number of vaccine candidates are also entering clinical trials.

The idea of using Kaletra (also sold as Aluvia outside the United States) for COVID-19 was motivated by experiences with the drug combo during the 2003 SARS outbreak, caused by a related coronavirus. Kaletra showed activity against that virus in laboratory studies and was associated with improvement in some patients.

During the current epidemic, which started in China in late December, doctors tried treating some COVID-19 patients with Kaletra. Anecdotal reports suggested it might be beneficial and some treated patients recovered. But a majority of people with the lung disease recover anyway, so this doesn’t prove the drug works.

As described in The New England Journal of Medicine, BinCao, MD, of the National Clinical Research Center for Respiratory Diseases in Beijing, and colleagues analyzed outcomes among 199 people with laboratory-confirmed SARS-CoV-2 infection and an oxygen saturation level of 94% or less. A majority (60%) were men and the median age was 58. The study was conducted at Jin Yin-Tan Hospital in Wuhan between January 18 and February 3.

The participants were randomly assigned to receive Kaletra plus standard care or standard care only. Those in the Kaletra group took tablets containing 400 milligrams of lopinavir and 100 mg of ritonavir twice daily for 14 days. The standard care group in this open-label study did not receive a placebo, so both patients and providers knew who was in which group.

Throat swabs to test for the coronavirus were collected before starting Kaletra and at six subsequent time points. The researchers noted that they were unable to obtain samples of lower respiratory tract secretions.

In the group as a whole, the time to clinical improvement—16 days—was the same in both the Kaletra and standard care groups, the researchers reported. However, in a modified analysis that excluded three people who died within 24 hours after admission and never actually started Kaletra, those who took the drug experienced clinical improvement a median of one day sooner (15 versus 16 days, respectively), a statistically significant difference.

Mortality at day 28 was statistically similar in the two groups, 19% versus 25%, respectively. The researchers noted that the overall mortality rates in this trial were substantially higher than those previously reported for Chinese COVID-19 patients (11% to 15%), indicating that the study population was severely ill.

In an unplanned analysis, the subgroup of patients who started Kaletra within 12 days after the onset of symptoms experienced faster recovery (16 versus 17 days, respectively) and had lower mortality (19% versus 27%) than the standard care group. However, these differences were not apparent in those who started treatment later, suggesting Kaletra might be more beneficial if started sooner.

Treatment was safe and generally well tolerated. Gastrointestinal adverse events were reported more often in the Kaletra group—including diarrhea, a well-known side effect in people with HIV—but these were mostly mild or moderate. Thirteen Kaletra recipients (14%) stopped treatment due to adverse events (mostly GI symptoms). However, serious adverse events including respiratory failure (13% versus 27%), acute kidney injury (3% versus 6%) and secondary infections (1% versus 6%) occurred less often in the Kaletra group.

“We found that lopinavir/ritonavir treatment did not significantly accelerate clinical improvement, reduce mortality or diminish throat viral RNA detectability in patients with serious COVID-19,” the study authors concluded. “These early data should inform future studies to assess this and other medication in the treatment of infection with SARS-CoV-2.”

Commenting on the findings in an accompanying editorial, journal editors Lindsey Baden, MD, and Eric Rubin, MD, PhD, wrote, “Since [Kaletra] is supposed to act as a direct inhibitor of viral replication, the inability to suppress the viral load and the persistent detection of viral nucleic acid strongly suggest that it did not have the activity desired.”

These disappointing study results may reflect the fact that the patients were late in infection and already had considerable tissue damage or that “lopinavir simply isn’t particularly potent against SARS-CoV-2,” they suggested.