Kelsey Louie became the chief executive officer of GMHC, which is located in New York City, in June 2014. Previously, he was the chief operating officer of Harlem United, an HIV/AIDS community health center. He joined Harlem United in 2007 and worked his way up the ranks. Before that, he was the coordinator of counseling and education at GMHC, so his hiring as CEO was a kind of homecoming.

Louie shares his thoughts on what’s been challenging and rewarding in his first year on the job, on plans for a new GMHC headquarters, on what keeps him motivated to stay in AIDS advocacy, and on reinvigorating HIV cure activism.

During the 2015 GMHC Spring Gala, you said: “I am troubled by how little activism there is challenging the systems to drive innovation. Our collective aspiration should be nothing short of a cure.” Your words were praised by GMHC co-founder Larry Kramer during his acceptance speech of the inaugural Larry Kramer Activism Award (photo above). He had been estranged from GMHC, but he accepted the award, in part, because of your outreach. How did this cure story begin?
First, we wanted to bring Larry Kramer back into the fold. What better way to do it than at our biggest event, minus AIDS Walk, which is our gala. We thought the best way was to create something to honor him not just once, but in an ongoing fashion. So we created the Larry Kramer Activism Award. We asked him, and he accepted.

From there, he and I engaged in dialogue around my goals and my vision. He pressed me on activism. We also had dialogue on the cure. My speech was developed through my emails to him. He and I were on the same page from the very beginning, so at the gala I made it clear to everyone that GMHC must demand a cure and a vaccine as a critical part of our work to end AIDS.

Larry Kramer has always been right: It’s been over 34 years, and we still don’t have a cure. Science tells us that a cure is increasingly within our reach. Unfortunately, I don’t see enough elected officials pushing to make it a reality. There’s no elected official whose only goal is to have, say, better chemotherapy for cancer patients. It’s unacceptable for better treatment to be the only goal for people living with HIV/AIDS.

GMHC is here to both support and antagonize the leaders and elected officials responsible for achieving what I would say is our collective goal of finding a cure. We want to be vocal supporters of Anthony Fauci, MD, and his efforts so far, but we also want to push him to do even more to find a cure. There’s been so much progress and so many people deserve thanks, but GMHC can’t be complacent.

Larry Kramer taught us from the very beginning that silence equals death, and so our friends need to understand our job is to simultaneously both support and push them.

This being the third decade of HIV and this year being the 30th anniversary of our AIDS Walk, these are all reminders that now is the time to push for a cure because we are that much closer to the finish line of the epidemic with tools like pre-exposure prophylaxis (PrEP) in addition to condoms, as well as promising new research.

After a year on the job, what’s been most challenging and most rewarding?
It’s been a humbling experience to take the helm of the most storied HIV/AIDS service organization in the world. The most rewarding part without question is working with the clients and staff.

I’m fortunate to have a great team of employees with heartfelt dedication to their work. GMHC is really a home for our clients. They are our family, and incorporating their feedback into my transition plan has been key for me.

Another special moment, obviously both personally and professionally, was welcoming Larry Kramer back home at our spring gala. It was long overdue.

Facing complacency about fighting HIV is the most challenging. People are satisfied with past accomplishments, but not enough people are demanding a cure. GMHC wants to reawaken the fighting spirit that led us to effective treatment.

Tell us about your plans for new headquarters, programs and services.
One of the first things I did in June 2014 was ask the senior team to conduct a comprehensive review of every dollar we spend, so I could make sure we were maximizing our resources.

This finally allowed us to tackle our real estate issue directly, and we’ll be combining our two floors into one without impacting a single program. As a result, we will be saving 25 percent on our rent each year. These savings will fill funding gaps and support the expansion or addition of new programs.

GMHC’s lease runs through 2018. As a result, we’ve also begun the process of analyzing our long-term real estate needs. We’re looking at all options to see what’s best for our clients. This is an inclusive process where we’re actively engaging staff and clients at all stages of the decision-making.

As for our satellite HIV testing location in the Chelsea neighborhood of Manhattan, we’re still not sure. There are some advantages to having it as a satellite. It depends on the location of our new headquarters. We want to keep a presence in that area. Data shows that there’s a high prevalence of HIV there.

In addition, that testing center is very close physically to Mount Sinai clinic, which is how we’re able to achieve our high rates of viral suppression. Once they test positive, we literally walk people over to the clinic.

We’ll also soon be expanding our existing mental health services to include a licensed mental health clinic and a licensed substance abuse clinic. This not only expands the continuum of services that we can offer our clients, but also helps us better serve people who are HIV negative and at high risk. Concurrently, it supports our sustainability plan because it enables us to bill health insurance plans, as well as Medicaid and Medicare. 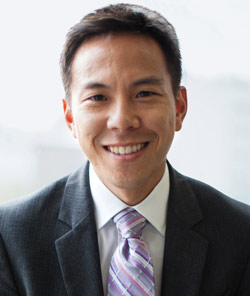 How did you get involved in HIV/AIDS advocacy, and what keeps you motivated to continue?
I became a social worker in 2001 and started out working with people with addiction. Since then, I’ve worked in different fields—mental health, child welfare, LGBT issues and homelessness—and HIV/AIDS has permeated my entire work life. Professionally, I grew up on the program side, but I learned quickly that quality programming drives good advocacy and vice versa.

HIV/AIDS has also impacted my personal life. I’ve watched friends and loved ones suffer and/or live in fear, and as a gay man living in New York City, I wanted to make a difference.

I don’t want to keep seeing people be so sick that they can’t leave their house, and I don’t want to see another generation of young people subjected to the stigma, the discrimination and the social and legal inequality that puts them at risk for HIV. I believe we can end this epidemic and find a cure and a vaccine, and now it’s time to finally deliver the knockout punch.

Many advocates say there’s a breath of fresh air at GMHC. To what do you attribute their enthusiasm?
I have decided to bring a level of rigor to the work that we do in combination with a focus on serving our clients. We want to make sure we can translate the work that we do into measurable outcomes.

For example, it’s great that we say that we serve more than 90,000 meals each year, but I also want to talk about what happens as a result.

I’ve made it clear to the staff, the clients and hopefully to everyone else who cares that at GMHC we’re meeting the needs of our clients and the community we serve. 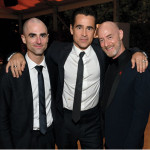