A Few Things That Are Certain

Twitter
Facebook
Pinterest
Tumblr
Email
Advertisement
Welcome to the POZ Podium
The POZ Podium is a platform for opinions, insights, rants and raves from all corners of the HIV/AIDS community.

On the POZ Podium, we invite thought leaders and provocateurs to ponder and postulate the most pressing issues affecting people living with HIV/AIDS.

The opinions of POZ Podium contributors are theirs. They do not reflect the opinions of Smart + Strong or POZ, and neither is responsible for the accuracy of any of the information contained on the POZ Podium.

We encourage your active participation in the discussion. Please comment at the end of each POZ Podium. Wish to write for us or want to suggest a topic? Contact news@poz.com.
On Thursday, December 17, the White House held its first-ever meeting on homelessness and AIDS. Advocates, people living with HIV/AIDS, researchers and government officials from the Obama Administration and the U.S. Department of Housing and Urban Development discussed the intersection of housing and the AIDS crisis. Housing Works president and CEO Charles King delivered these remarks.

As a person living with HIV, I want to begin by acknowledging the importance of this moment. This is the first time in the history of the AIDS epidemic that the Office of the President has convened a formal meeting on housing and HIV/AIDS. My heartfelt thanks to those in administration who thought it important enough to make this happen and who are here today.

Having said that, I want to underscore that this meeting will only be as significant as the decisions that are made and plans that are actually implemented as a consequence. So let me start out by stating the bottom line: If the national strategy is a plan to end AIDS, then it must include real strategies that end homelessness and housing instability for people living with HIV and those most at risk. Anything short of that is a plan to maintain the epidemic, not to bring it to an end.

Now I know that some will argue that this statement overreaches. But the reality is that we have now poured billions of dollars into individual-level interventions when so much research points to the many socioeconomic drivers of the epidemic. Homelessness is one leading driver that is proved to be amenable to intervention and has been shown to have a direct, independent and powerful impact on both prevention and health outcomes.

Very simply, prevention interventions that focus on changing the behavior of individuals are doomed to fail if we deny these individuals access to a proven, cost-effective prevention and health care intervention—a safe and secure place to live. The research—and there is a lot of it now—clearly shows that persons who lack stable housing are far more likely to become HIV infected, will have limited access to care once they are infected, and will live less healthy and shorter lives than persons just like them who are fortunate enough to have a home.

Why is housing so critical? Because having a safe, secure place to live is fundamental to the basic activities of daily living. When one is homeless or facing housing instability, immediate survival must, by necessity, take priority over other activities and choices. The stresses of the environment are relentless; violence is ubiquitous; stable intimate relationships are all but impossible. Indeed, homelessness degrades one’s very identity. Housing is therefore the critical baseline for maintaining both psychological and physical well-being.

It is no wonder that whatever else makes one vulnerable to HIV infection, homelessness magnifies the risk. And whatever other factors lead to disparities in care—for youth, for sexual minorities, for people of color, for those who experience mental illness, addiction, violence, abuse or incarceration—homelessness amplifies those disparities in tragic and avoidable ways. Yet, housing is still seen as an ancillary service as opposed to a core prevention and health care intervention. This is a paradigm that must be changed if we are to achieve President Obama’s stated goals for the national AIDS strategy.

We applaud this administration for moving beyond outdated and meaningless perceptions of the “undeserving” poor. Ensuring housing for those with HIV and those most vulnerable to infection is a matter of basic public health, not only with regard to reducing HIV incidence but for a host of other co-occurring vulnerabilities.

In fact, a plan that really does meet the needs of this constituency will serve multiple other agendas of this administration as well. Homelessness causes disorder and degrades entire neighborhoods, particularly in urban settings; it strains the health care delivery systems in those communities; it keeps vulnerable persons caught in avoidable cycles in institutional care. So a meaningful plan to address housing in the national AIDS strategy would also serve the administration’s goals with regard to communities of concentrated poverty and poor health and the overarching goals of health care reform.

As service providers, we know that each client’s housing status is probably the most significant predictor of how they will fare and how much we can do for them. Yet, right here in our nation’s capital, where the rate of HIV infection among African Americans is already a stain on the conscience of the nation, there are over 500 households with a person with HIV on the waiting list for housing with no plan whatsoever to meet their needs.

We know that the Housing First model works. We know that making people remain homeless until they prove sobriety just perpetuates homelessness and addiction. Yet all over the nation, from Puerto Rico to Alaska, active drug use is a preclusion to housing. Let’s be frank, we must house active drug users.

Currently, government regulations bar anyone with a criminal conviction from access to the single largest system of federally supported housing. In Newark, New Jersey, a majority of new infections are among women, almost all formerly incarcerated. They are all banned from public housing. We have to rescind policies that discriminate based on criminal record.

In Mississippi, HIV rental assistance is provided only 21 weeks out of the year, so applicants are required to prove that they have the resources to provide their rent the rest of the year. Most homeless people and many people who are at risk of eviction simply don’t qualify. Meanwhile, every year Mississippi returns thousands of AIDS dollars to the federal government because it can’t spend what it receives.

In New York, we restrict housing support to those who have a clinical diagnosis of AIDS, forcing homeless people living with HIV to make the horrible choice of deciding between early treatment, as recommended by HHS, or waiting at the risk of shortening their lives in order to qualify for housing assistance.

We must stop making people prove that they deserve to be housed, and implement a nationwide, evidence-based public health approach.

What we need is a coherent integrated strategy that identifies the total need across the nation, that requires local recipients of federal dollars to develop plans to provide housing prioritizing those who are most vulnerable, that encourages integrated use of available resources and targets new resources where necessary.

That is the mission that we have before us in this conversation today. 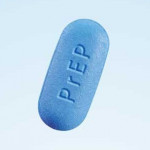