The director of ’The Last One: The Story of the AIDS Memorial Quilt’ writes about why she made the film.

In the documentary The Last One: The Story of the AIDS Memorial Quilt, we are looking for answers. How did stigma and discrimination fuel the epidemic? Why did government fail to respond? How do health care and politics intersect in public health? And how did a community art project change perceptions, the dialogue and the way our country reacts to HIV/AIDS?

Our journey began in 2011, as we became involved with The NAMES Project Foundation, which is the custodian of the Quilt, and its display at the Smithsonian Folklife Festival. As we helped to cull 25 years of memory, photos and story, we realized that this material needed to be documented.

What we soon learned from looking back is just how present HIV/AIDS is today. We embarked on a path that would lead us across the country into communities of color, women advocacy organizations, LGBT centers and AIDS service organizations.

At the center of our cinematic story-telling is a panel that was delivered in 1987. It includes a handwritten statement: “When the last one is named, we will begin to heal.” The letters sewn onto it spell out the words, “The Last One.” When the caretakers of the Quilt got this panel they knew just what to do—hold onto it and the hope it conveyed until it could be sewn into the Quilt.

We found so many stories on our journey. We filmed some of these stories and wove them together into a film that I hope will ignite the passion of a new generation of leaders, scientists, politicians and educators.

We looked back to the early 1980s, when headlines proliferated on “the gay disease.” In response, the gay community raised its voice through civil disobedience and political action. Activist Cleve Jones envisioned organizing his community’s grief and anger to include a broader audience.

He recalls the night when he asked a crowd of marchers to write down the names of those lost, plastering them on the Federal Building in San Francisco. Seeing a pattern in the patchwork, he remembered the quilt his great-grandmother had made for him out of his great-grandfather’s old pajamas. Unlikely fabrics stitched together. Remembrance. Warmth. Comfort. Love. And the AIDS Memorial Quilt was born. Panel by panel, family, friends, activists, quilters and churchgoers made quilts.

To this day, the panels follow a simple form: cloth cut into the size of a standard coffin with the name of the deceased. They are sewn together into 12-foot by 12-foot blocks; at each display of the Quilt, as the cloth is unfurled, the names of the dead are read aloud for hours. The Quilt, along with other activist efforts, eventually forced the country to acknowledge the need for action.

The Last One highlights how the Quilt now serves a new generation living with HIV/AIDS, focusing in particular on the role stigma and discrimination play in an epidemic that too many people believe is under control in the United States, even as new infections continue.

At the center of our discussion is a simple fact articulated by Cleve Jones: Homophobia kills—and it doesn’t just kill gay people.

AIDS still threatens nearly every sector of society, but science now articulates a new narrative: If we test and treat enough people globally, the trajectory of the epidemic will shift. It is finally realistic to imagine a day when the NAMES Project can sew “The Last One” panel into the Quilt, representing the last new infection, the last AIDS case, the last child orphaned, and the last AIDS death.

Will it also be the last time stigma manifests into a pandemic? Go to thelastonefilm.com to watch a trailer.

The Ties That Bind Us 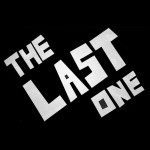 The Last One: The Story of the AIDS Memorial Quilt