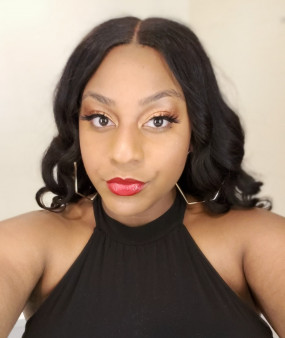 My father passed away from AIDS when I was 4 years old. He never told my family about his diagnosis. My mother found out while he was in the hospital dying. I remember visiting my father every day in the hospital and being confused about why he wasn’t coming back home or why I had to feed him instead of the other way around.

One day, we didn’t go back to the hospital, and my mother told me it was because my father passed away and he was in heaven. I asked my mom how my father died, and she told me it was brain cancer. I didn’t find out the truth until years later. My older brother and I were being nosy kids and went rambling through my mom’s file cabinet when we found his death certificate. I remember reading the words acquired immune deficiency syndrome but not knowing what they meant. Then I looked at each letter until I saw that it spelled out “AIDS.” I was shocked and asked my mother about it when she got home. She was upset that we had gone through her things without her permission but was honest about her reason for not telling us the truth. My mom is a registered nurse who had worked with HIV and AIDS patients in the ’80s in Los Angeles and knew the stigma that revealing my father’s diagnosis would bring. She gave my brother and me the choice to tell people the truth and accept the consequences or hide behind the fabricated story of him having brain cancer.

I remember during school I took a reproductive health class where we learned about sexually transmitted diseases and HIV was one of them. The other kids would laugh and make jokes as I sat in class hurt and embarrassed because I had seen firsthand the damage and felt the pain caused by the disease. I would go home and tell my mom, but she was the only person I ever discussed my feelings about it with.

Toward the end of high school, I started to test the waters and tell people the truth about my dad, which led to mixed reviews. So again, I decided to keep my secret to myself. In college, I started volunteering for an AIDS organization where we provided a food pantry for people living with HIV. I was slowly beginning to test the waters to see how comfortable I felt telling people the reason I volunteered, and the more I said it was because my dad died of an AIDS-related illness, the more I grew to accept it myself.

When I moved to Chicago in 2014, I began signing up for volunteer opportunities with the AIDS Foundation of Chicago. It was finally in this space that I felt comfortable sharing my story because for once I wasn’t the only person who had a family member or loved one who had HIV. For once I felt that I didn’t need to hide or be ashamed. The first year, I volunteered at the AIDS Run & Walk Chicago by myself; the second and third year, my family and friends joined me.

My greatest achievement has been hearing my mom tell people that I inspired her to be more open about my father’s diagnosis. I hope that my advocacy continues inspiring others to make a difference.

I think my greatest regret is not being involved in HIV and AIDS awareness sooner. If I would have spent more time earlier being an advocate, I could have made an impact on my community in Kalamazoo.

The best advice I’ve received has been to “pay now so you can play later, or play now and pay later” from my mom. If I take care of business early, I can relax and enjoy the fruits of my labor later.

I most admire Hydeia Broadbent, the first person living with HIV I saw on TV. She proves that you don’t have to be wealthy to live a healthy life with HIV—nor is it a death sentence.

I think being an older sister is my current motivation. I want to set an example for my 12-year-old sister to be a better person, be kind, help those in need and define success on her own terms.

Live your life for you and no one else.

I would be an elephant because they are strong, powerful and have great memories.