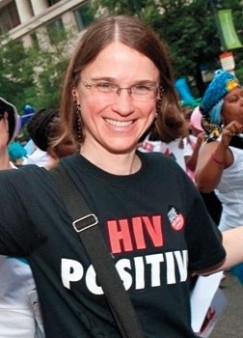 A new movement to update laws that criminalize HIV

Many Indiana state laws regarding HIV make it a crime to have the virus—commonly referred to as HIV criminalization—but a new group called HIV Modernization Movement-Indiana (HMM) seeks to change that. Made up of students, professors, nonprofit leaders, legal advisers and more, HMM hopes to update the laws based on the latest research.

“Current Indiana laws single out HIV to be handled differently than other sexually transmitted infections, which also, if left untreated, can seriously harm a person,” says HMM president and longtime HIV/AIDS activist Carrie Foote. “Most of these laws were passed when far less was known about the actual routes and risks of HIV transmission and prior to the introduction of effective HIV treatments. The laws are also overly broad and subject to different interpretations and do not reflect best criminal law practices.”