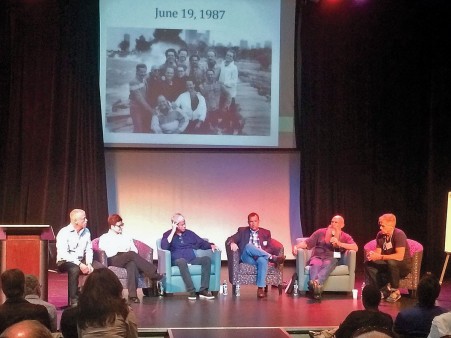 The Reunion Project gives long-term HIV/AIDS survivors an opportunity to share their stories of loss and survival.

Matt Sharp is a long-term AIDS survivor. He tested positive for HIV in 1988. Sharp is also a longtime HIV treatment activist. He was an early member of ACT UP and a founding member of the AIDS Treatment Activist Coalition. Those experiences led him to being director of education and advocacy for Test Positive Aware Network (TPAN) and director of treatment and prevention advocacy for Project Inform. He is currently an independent HIV education and advocacy consultant.

In 2015, Sharp helped to launch The Reunion Project, a series of one-day summits for long-term survivors to share their stories and to find strategies for living with the virus today and into the future.

The first summit took place in Chicago and was followed by summits in Palm Springs, California, and Philadelphia. Additional summits are planned for 2016 and 2017. Sharp discusses how the summits came to be and where they’re headed.

Could you describe the project?

We bring people together who have gone through the same grief and pain. And when they get together in the same room, it’s like a lightbulb goes off that everybody needed this to happen years ago. So many of them realize, “We did survive. We’re going to be here for a little while longer. Let’s get on with life.”

The psychosocial traumas and the post-traumatic stress that are commonly associated with many long-term survivors are not experienced by some people. We can learn from them by hearing their success stories. The summits are for all long-term survivors.

How did the project come about?

I was a community adviser to BMS. We were having one of our regular meetings with scientists to talk about their treatment pipeline and clinical trials and so forth. I was assigned to sit next to BMS community affairs manager David Richwine. Throughout the meeting we were chatting. He knew I was involved in Let’s Kick ASS—AIDS Survivor Syndrome in San Francisco, which was trying to get long-term survivors together.

David asked if I’d be interested in developing a program supported by BMS for long-term survivors. I said yes, of course. David had also been discussing this idea with Jeff Berry. At a meeting in Seattle with Jeff and me at the 2015 CROI [Conference on Retroviruses and Opportunistic Infections], David confirmed he was able to give us a little bit of money to provide a daylong workshop for long-term survivors.

The first summit was in Chicago in June 2015. It was basically a series of interactive group activities to share stories. What we found in San Francisco with Let’s Kick ASS was that sharing was incredibly effective in getting people to unload. Suddenly this big pressure was off them simply by telling stories they hadn’t told before. We started with that, and then we brought people in to do presentations around HIV/AIDS.

But this project is not only about the years of survival. It’s also about aging. Everyone is happy to be alive. However, there are a series of issues around aging with HIV that are in addition to what the general population experiences with getting older. Then you pile on all the baggage around long-term survival—it can get as serious as people committing suicide. We want people to live.

How did the summits evolve?

BMS provided support for two events in 2015, so the next summit took place in November in Palm Springs, California. We selected the city mostly because it has a huge population of retired gay men and many of them are HIV/AIDS survivors. But also Jeff Taylor, one of the project partners, does advocacy work in Palm Springs and throughout the area.

There weren’t many women at the Chicago event, but in addition to the gay white men, there was racial and ethnic diversity. In Palm Springs, it was mostly gay white men.

Both events were successful, but we knew we had more to do. We decided to diversify the project. We selected Philadelphia as our third city. Chris Bartlett, another of our project partners, is executive director of the William Way LGBT Community Center in Philly.

The same outcomes occurred in Philly that happened in the other cities, but we had a wider array of people—gay white men, black women, a transgender woman, a woman born with HIV. The program in Philly, in my view, ended up being the most successful in many ways.

One of the things we knew was critical to make these programs work was to tailor them to each city and to the population of long-term HIV/AIDS survivors in that particular community. We had to get expertise from local people. We used a similar model to The NAMES Project [the custodian of The AIDS Memorial Quilt], which was to create a host community.

We got a few individual volunteers who work in the local communities to develop the content, to do outreach, to stir up excitement, to create a program unique to that city that only they know how to put together.

In Philly, we provided guidance and logistical support to make that day happen. But it was Chris and his volunteers who fleshed it out. We learned a lot from that day and that model, and we’re going to try to carry forward that same example when we go later this year to our next city, Fort Lauderdale.

Courtesy of The Reunion Project

What is the group planning next?

We were considering holding a summit in September during USCA [the United States Conference on AIDS] so that attendees who are long-term survivors could benefit, but it didn’t happen. There were too many obstacles, there were other things going on, and we just didn’t have the support to do it. It was a blessing in disguise because we recognized that we want these summits to be local.

The core group still has to figure out what we want to be for long-term survivors, and what we can realistically be in this time when resources are so hard to come by. We want to keep doing what we’re doing, but we want to turn it into something that’s more long term and more meaningful, and perhaps more connective of the long-term survivors. We’d like some process that can connect all these people across these cities.

We know there is funding out there, and we’ll put our heads together either writing grants or getting donations to make it all happen. We don’t want this to be cumbersome—we don’t want to become yet another organization—but there’s got to be some infrastructure to allow the project to grow and develop and become what it needs to be.

We want to continue these town hall efforts that are individualized for local communities. We also want to go to places that are not usually targeted.

As a longtime activist, I recognize that what we’re doing now is a community movement similar to what happened with ACT UP.

On a personal level, I recognize that becoming involved again has been healing for me as well as for others. The project is something that I didn’t think was going to be there for me. It’s been like this gift that’s enabled me to have more meaning and purpose in my life. 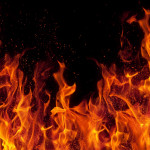