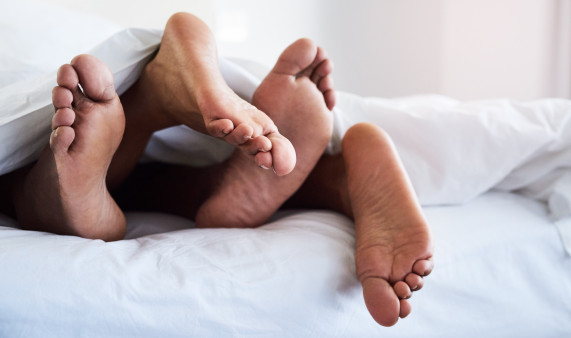 PrEP taken before and after sex, instead of daily dosing, has been found to be highly effective.

A study published in PLOS ONE suggests that pandemic lockdowns, difficulty accessing refills and trouble getting lab tests may have spurred a switch to on-demand, or 2-1-1 dosing, of preexposure prophylaxis (PrEP) for HIV prevention.

Unlike taking PrEP daily, 2-1-1 dosing calls for taking two tenofovir disoproxil fumarate/emtricitabine (Truvada or generic equivalent) pills two to 24 hours before sex, one dose 24 hours after sex and a final dose 24 hours after that. Studies overseas and in the United States have found that PrEP 2-1-1 provides comparable protection when taken according to recommendations.

The study asked 140 people from across the U.S. to complete a text, telephone or email survey about their on-demand PrEP use. The researchers confirmed self-reported PrEP use by asking participants to text a photo of their bottle of PrEP pills or a photo of their med list from their medical record. They confirmed on-demand use by asking participants to describe how 2-1-1 PrEP works. Participants all reported having used PrEP on demand at least once.

More than 90% of participants said they’d started PrEP as a daily regimen, and 13% of those reported having done a “fair” to “very poor” job at sticking to once-a-day dosing. Nearly two thirds (64%) had switched to on-demand PrEP because they were having sex less frequently, but other reasons were cited as well, like worries about cost (22%), side effects (19%) or just wanting to take fewer pills (46%).

So what kept them on the ball? No one universal approach, it turns out:

Overall, 73% said they were confident that the 2-1-1 approach was as effective as daily PrEP. But participants reported problems too—the primary one being unplanned sex, which 44% reported as the primary barrier to using the 2-1-1 dosing strategy. Also common for a minority of participants (29%) was not remembering to take the doses following sex. And a sizeable minority, 24%, reported that the main problem was that their health care providers didn’t know enough about 2-1-1 dosing.

And then there was the pandemic. During COVID-19 lockdowns, 38% of responders said they’d stopped having sex entirely, and 22% reported exclusively hooking up with previous lovers. That, combined with the 25% of participants who reported difficulty accessing lab testing during the pandemic and the 19% who reported trouble getting their PrEP prescription refilled, led study authors Christina Camp, RN, research coordinator of the Center for AIDS Prevention Studies at the University of California, San Francisco, and colleagues to conclude that the pandemic could have driven some of the move from daily to event-driven PrEP.

“Participants noted a reduction in sex, which may explain switching to 2-1-1 PrEP use from daily dosing and reductions in monitoring during the SARS-CoV-2 pandemic,” they wrote. “Therefore it is critical for providers, PrEP navigators or clinic staff to educate [men who have sex with men] on 2-1-1 dosing.”

Click here to read the full text of the study.