I was born and raised a Roman Catholic. Growing up gay in a religious and conservative Latino family, I experienced the “church hurt” that is so common among LGBT people. That kind of rejection is the kind that is not easily forgiven or forgotten.

When I tested HIV positive in 1992, all I could think about was how much God must hate me for being gay, since he had punished me so harshly by letting this virus into my body. It took many years and lots of reflection for me to think differently. I attribute much of the credit for my change of heart to the folks I met at LGBT-affirming churches.

Our cover guy, Rob Newells, understands these issues well. He is the executive director at AIDS Project of the East Bay and an associate minister at Imani Community Church, both in Oakland, California. As a gay Black man living with HIV, Rob has confronted church hurt personally and professionally. Click here to read how he and others are building bridges between faith and HIV.

In 2015, Kelsey Louie took a leap of faith. The CEO of GMHC attended a screening of The Normal Heart, whose screenplay Larry Kramer adapted from his own play. The film details Larry’s cofounding of and ouster from GMHC. As the credits rolled, Kelsey was overcome with a sense of responsibility to repair the relationship between Larry and GMHC.

Not only did Kelsey succeed in bringing Larry back into the fold, but in the process, the duo have formed a close bond. Author and activist Mark S. King was so struck by their bromance that he wanted to write about it—and so he did. Click here to read how Larry found his way home to GMHC.

There is another GMHC cofounder named Larry—that would be Larry Mass. He is the only HIV-negative cofounder of GMHC. However, that isn’t his most interesting claim to fame. Weeks before the first reports of what became known as AIDS were making headlines in 1981, he wrote about the cases for the New York Native, a defunct LGBT newspaper. Click here to read more about him and his many contributions.

June is LGBT Pride Month. Communities across the country will be celebrating, and many will be protesting the continuing rise of anti-LGBT rhetoric and actions nationwide. One community—Orlando, Florida—will also be mourning. June 12 marks the one-year anniversary of the Pulse nightclub massacre in which 49 people were killed.

The deadliest mass shooting in American history took the lives of many LGBT Latinos. Ricardo J. Negron-Almodovar is one of the survivors. I had the honor of meeting him at a journalists’ conference in Orlando. Click here to read more about the ongoing struggles of the survivors and the connections to HIV.

Advocacy has always been important in the fight against HIV/AIDS, but in 2017 concerns about major cuts to related programs and services have increased the urgency. Click here to read our Q&A with Jesse Milan Jr., president and CEO of AIDS United, to read why more than 650 people went to AIDSWatch this year, the largest group ever to attend. 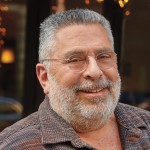 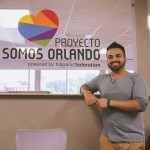 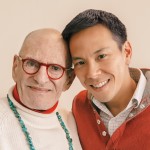 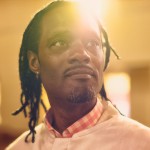 To Whom We Belong