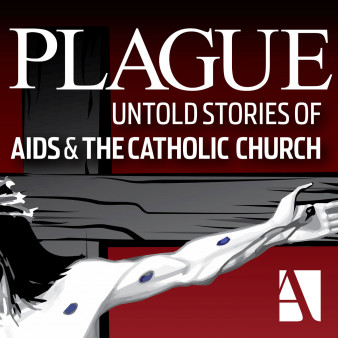 Listen to LGBT and HIV History

The podcast series “Plague” explores historic conflicts and quiet compassion between the church and LGBTs during the early HIV epidemic.

A common narrative of the AIDS epidemic casts the Roman Catholic Church as a villain of the HIV and LGBT communities. Not only does the church condemn homosexual acts as an “intrinsic moral evil,” but it has also been vocal against the use of condoms. The conflict famously came to a head in 1989 when AIDS activist group ACT UP New York held a disruptive protest called “Stop the Church” at St. Patrick’s Cathedral.

But there’s much more to this story, and journalist Michael J. O’Loughlin, who is gay and Catholic, uncovers nuanced and compassionate viewpoints in the podcast Plague: Untold Stories of AIDS & the Catholic Church. Available for free on Google Play, Spotify and Apple Podcasts, the six-part series is produced by America magazine, a Jesuit journal. 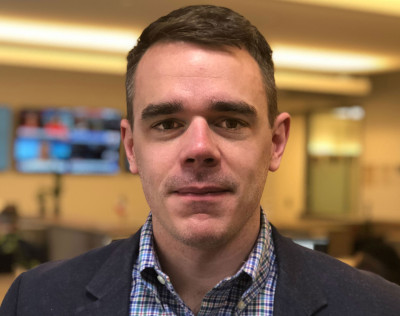 Topics covered include well-known institutions such as Most Holy Redeemer, a Catholic church in San Francisco’s Castro neighborhood, and St. Vincent’s Hospital in New York City. Run by the Sisters of Charity, the hospital was ground zero for the city’s epidemic and eventually, after pushback from the gay community, became a leader in AIDS care. Other episodes reveal the work that unsung Catholics undertook in the South and Midwest, operating help lines, drop-in clinics and other services.

Plague also explores the tension between being an LGBT person and a Catholic. As O’Loughlin says in the podcast: “The AIDS crisis made many closeted gay men deal honestly with their sexuality, as they saw friends and loved ones dying from the disease. Many decided that despite the consequences—estrangement from family, loss of job, threats of eviction—they had to be honest with themselves and with others.”

“I was surprised to learn how out and proud many LGBT Catholics were in the ’70s and ’80s,” he tells POZ. “This can be a taboo in many Catholic communities today, in 2020. In fact, a number of people told me they thought it was actually easier to be LGBT and Catholic 30 years ago. And because it’s been about three decades since the start of the HIV and AIDS crisis, we risk losing those stories if we don’t capture them now.”