I have been positive for 13 years. My story began when I met the man I thought I was going to spend the rest of my life with, but all he was thinking was that I was next on his list. When I found out I was pregnant, he wanted me to get rid of the baby, but I told him no.

In August 2001, I went to the doctor and had all of my prenatal tests done and everything came out fine. Months later, my partner and I had a fight and he tried to tell me that if he had HIV, then I was the one who gave it to him. After the fight, I begged my doctor to do a new HIV test.

On the morning of November 23, 2001, I was getting dressed when the phone rang. It was my midwife. She said my test result was back and I needed to come to her office. I asked her if there was a cure for what I had, but she said she couldn’t talk to me on the phone. When I got to her office, she dropped to her knees crying and told me that my HIV test had come back positive. I was in shock.

My midwife called my partner while he was on the road driving trucks. She asked him why he didn’t tell me that he had HIV, but he didn’t say anything.

I was afraid that my child would be born with HIV and I wanted to end my life. But God would not let me. My daughter was born on March 8, 2002, and she does not have HIV. I thank God for that.

For the first three years living with HIV was hard, but then I started to talk at schools and to kids about HIV and that gave me a reason to take this experience and use it for good.

What three adjectives best describe you?
I will help anyone I can—I have a good heart, a strong mind and a strong will.

What is your greatest achievement?
That I am still alive to let people know about what HIV really is like

What is your greatest regret?
I regret some of the ways I lived my life.

What keeps you up at night?
I am afraid to die.

What is the best advice you ever received?
Never give up, no matter what.

What person in the HIV/AIDS community do you most admire?
Magic Johnson

What drives you to do what you do?
I have a lot to live for and a lot to still do in the HIV community.

What is your motto?
You only live once, so live it to the fullest.

If you could be any animal, what would you be? And why?
I would be a lion, because it never gives up in a hunt. 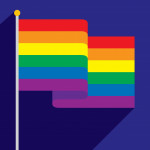 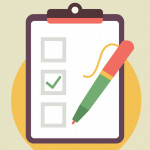