With an FDA decision for ibalizumab pending, data about a group with multidrug resistance show that the antibody is effective.

The long-acting injectable HIV antibody treatment ibalizumab has continued to show good safety and efficacy among those with multidrug-resistant virus according to 48-week follow-up data.

In June, TaiMed Biologics applied to the Food and Drug Administration (FDA) for approval of the monoclonal antibody for use among those with multidrug-resistant HIV. The FDA has granted the treatment priority review status, setting January 3 as the expected decision date.

TMB-301 enrolled 27 people with multidrug-resistant HIV. Fifty-nine percent of the participants had exhausted three ARV drug classes, while 33 percent had exhausted four classes. Fifteen percent were living with HIV that was resistant to all approved ARVs.

During a seven-day control period, the participants took their failing oral ARV regimen or no treatment. Subsequently, all of them received 2,000 milligrams of intravenous ibalizumab, followed by biweekly injections of 800 mg of the antibody for 24 weeks. Two weeks into this period they received a regimen of daily ARVs that, while perhaps imperfect considering their high levels of drug resistance, was optimized to be as effective as possible at suppressing the virus.

All 27 participants remained in another 24 weeks of follow-up in the TMB-311 study, with the potential to receive biweekly ibalizumab biweekly for up to 48 weeks total. Twenty-four of the participants (89 percent) kept receiving ibalizumab for the entire 48 weeks, while three stopped receiving it early for reasons not related to the antibody.

Between weeks 24 and 48, the study investigators saw no new or unexpected safety concerns related to the treatment. The most common adverse health events were diarrhea, dizziness, nausea and rash. 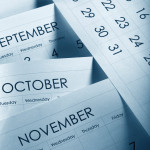