Long-Acting HIV Meds Are in the Works, but Do People Want Them?

Researchers polled people on HIV treatment about their preferences for various forms of long-acting antiretrovirals.

People receiving antiretroviral (ARV) treatment for HIV have an array of preferences regarding potential long-acting forms of treatment for the virus, aidsmap reports.

Publishing their findings in Open Forum Infectious Diseases, researchers surveyed 263 HIV-positive adults on ARVs, recruiting them in the United States between February and August 2017. 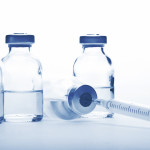