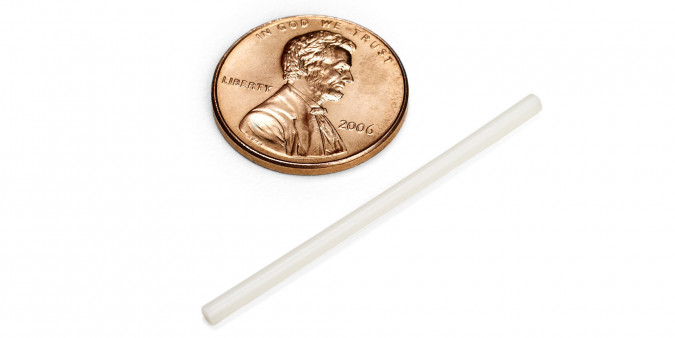 An experimental implant that only has to be replaced once a year could offer a convenient new option for HIV pre-exposure prophylaxis (PrEP), according to an early-stage study presented at the 10th International AIDS Society Conference on HIV Science (IAS 2019), taking place this week in Mexico City.

Although the implant has so far been tested only for safety in HIV-negative volunteers, International AIDS Society president Anton Pozniak, MD, of Chelsea and Westminster Hospital in London, said that the PrEP implant could be “a potential game-changer.”

Currently the only form of PrEP approved by the Food and Drug Administration is once-daily oral Truvada (tenofovir disoproxil fumarate/emtricitabine). Studies have shown that event-driven PrEP taken before and after sex—known as the 2-1-1 regimen—is an equally effective option for men who have sex with men, and it was endorsed this week by the World Health Organization.

This form of PrEP is considered to be 99% effective at warding off HIV if used correctly. But some people find it difficult or inconvenient to take a daily pill or to keep track of the 2-1-1 dosing schedule. And some people, especially women, want to conceal their PrEP use from their partner or family. What if it were possible to have a PrEP implant inserted under the skin and then forget about HIV prevention for a year?

Randolph Matthews, MD, PhD, a senior scientist at Merck and Company, presented data from the first human study of an implant containing islatravir, formerly known as MK-8591 or EFdA. The drug, a first-in-class nucleoside reverse transcriptase translocation inhibitor with multiple mechanisms of action, is being studied for both HIV treatment and prevention.

Laboratory studies showed that islatravir has a long half life (how long it lasts in the body), reaches high levels in HIV-susceptible immune cells and in rectal and vaginal tissue, and has a high barrier to drug resistance. Weekly doses of the drug were found to protect monkeys exposed to a hybrid simian-human virus similar to HIV.

This Phase I trial tested a removable drug-eluting implant, about the size of a matchstick, that release a small amount of islatravir over time, similar to those used for long-acting birth control. In fact, the islatravir implant can be administered using the same applicator as the widely used Nexplanon contraceptive implant.

The study enrolled 16 healthy HIV-negative volunteers. They were allocated to two panels that received implants containing different amounts of islatravir (52 and 64 milligrams). In each panel, six people got active drug implants, and two got placebo implants. The implants were inserted under the skin of the upper arm on the nondominant side and left in place for 12 weeks.

Levels of islatravir triphosphate, the active form of the drug, reached and remained above the threshold found to be effective in the earlier monkey studies. The researchers estimated that the higher-dose implant could result in levels above the effective threshold for at least 12 months, falling off at around 16 months.

The islatravir implants were safe and generally well tolerated, Matthews said. The most common adverse event was mild to moderate reactions around the implant site. Most participants reported hematomas (blood blisters), pain, swelling and itching—similar to what people report with implants of other types of drugs. There were no systemic side effects, no serious adverse events and no one had their implant removed for this reason.

These findings, the researchers concluded, support the potential of the islatravir implant as a once-yearly PrEP option. “A PrEP implant could provide an attractive option for individuals in whom adherence to a daily PrEP regimen is challenging,” they added.

Islatravir is being tested for both HIV prevention and treatment, in an oral formulation as well as the implant. The oral form has demonstrated potent antiviral activity in people living with HIV, and a Phase II trial (NCT04003103) of a once-monthly pill will start in September. Future studies of the implant are not yet in place, and it has become increasingly difficult to design trials to evaluate new prevention methods because they must measure up to the highly effective Truvada as PrEP.