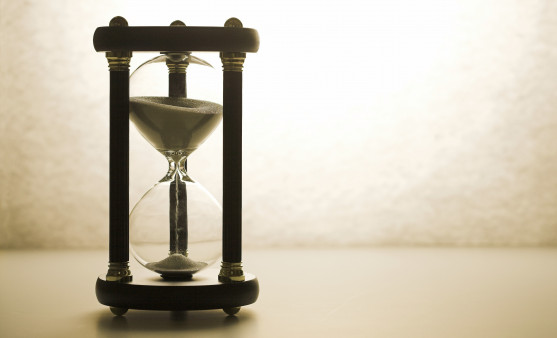 Delaying antiretroviral therapy leads to an excess risk of AIDS and serious non-AIDS health problems that can persist for years, even after treatment is started, according to long-term follow-up results from the START trial, presented today at the IDWeek 2022 conference in Washington, DC.

Earlier in the HIV epidemic, the best time to start treatment was controversial. With the advent of effective combination antiretroviral regimens in the mid-1990s, some researchers suggested it was better to “hit HIV early and hard” in an attempt to eliminate the virus from the body—a hope that has proved elusive.

Before long, people living with HIV and their clinicians began to see unusual adverse effects, such as body fat changes and metabolic abnormalities. In an effort to limit drug side effects while still preserving immune function, treatment guidelines raised and lowered the threshold for starting therapy. The first edition of the Department of Health and Human Services’ antiretroviral therapy guidelines, in 1998, recommended starting treatment when a person’s CD4 T-cell count fell below 500; later versions set the threshold at 350 and even 200 (indicating an AIDS diagnosis).

But some researchers, clinicians and advocates argued that starting treatment sooner was better. Some of the problems blamed on the drugs, they thought, were more likely due to chronic HIV infection and persistent inflammation, which could be minimized if people start treatment promptly and keep their viral load suppressed. In 2010, San Francisco was the first U.S. city to recommend that everyone diagnosed with HIV should start antiretrovirals as soon as possible, regardless of CD4 count; federal guidelines followed suit in 2012.

Today, there is “global agreement” that antiretroviral treatment should be initiated as soon as possible after diagnosis, but treatment delays still pose a major problem worldwide, presenter Abdel Babiker, PhD, of University College London, said at IDWeek.

In 2015, the START (Strategic Timing of Antiretroviral Treatment) trial provided definitive evidence that initiating treatment early, before immune function substantially declines, leads to better outcomes. Beginning in 2011, START enrolled 4,684 previously untreated HIV-positive adults in 35 countries who entered the trial with a CD4 count above 500. About three quarters were men, and the median age was 36 years. They were randomly assigned to either start treatment immediately or to delay therapy until their CD4 count fell below 350 or they developed symptoms of AIDS.

As described at the 2015 International AIDS Society Conference and in the New England Journal of Medicine, after an average of three years of follow-up, immediate treatment was associated with a 57% lower risk for a combined primary endpoint of serious AIDS-related events (opportunistic infections and AIDS-defining cancers), serious non-AIDS events (cardiovascular disease, advanced kidney or liver disease and non-AIDS cancers) or death. Considering only serious non-AIDS events, the risk fell by 39%. Despite concerns about antiretroviral side effects, the frequency of serious adverse events was similar in both the immediate and deferred treatment groups.

Babiker and an international team of colleagues performed a long-term follow-up analysis that asked whether deferred antiretroviral therapy led to ongoing excess risk even after people initiated treatment.

At the end of 2015, 99% of people initially randomized to the immediate treatment group and 85% of those assigned to the deferred group were taking antiretrovirals. Up to that point, the immediate group had spent 95% of their time in the study on treatment, compared with just 36% for those in the deferred group. After 2016, almost everyone originally randomized to either group were on treatment.

During both time periods, treatment initiation led to rapid viral suppression. Nonetheless, in the latter period, the CD4 count in the deferred treatment group remained 155 cells lower, on average than that of the immediate group. From January 2016 onward, “there was very little difference between the two groups in the uptake of treatment or suppression of viral load, but in spite of that, the CD4 trajectory remained substantially lower in the deferred arm compared to the immediately treated arm,” Babiker said.

The risk of serious AIDS-related events, serious non-AIDS events or death in the deferred group diminished over time—and the difference in event rates between the immediate and deferred groups declined—as those who were originally assigned to wait benefited from starting treatment. However, after a median 9.3 years of follow-up, those randomized to the deferred group were still about 20% more likely to experience these adverse outcomes.

Interestingly, the effect varied by age. While the risk for the combined primary endpoint remained substantially higher for those ages 35 or younger, “the risk seems to be completely eliminated” for those over 35, according to Babiker.

These findings confirm that antiretroviral treatment significantly improves the long-term health of people living with HIV and reduces their risk of developing both AIDS and other serious health problems.

Click here to learn more about the history of HIV treatment.