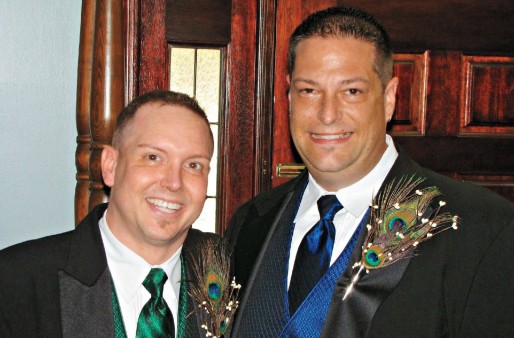 “I’m Garlyn, and my husband is Timm. I’m the dumb ass who lost the ability to walk because of a little thing called denial.” That’s how Garlyn Purcell began his submission to our online series POZ Stories in which readers recount their personal HIV tales. We were hooked.

“Life can really amaze you. I felt like I was so broken as a human. I had AIDS. I couldn’t walk. I cried a lot. Then I met Timm.… Our mission now is to share our story. We want to inspire others and let them know that your dreams can come true even if life does blow you down. I rode a horse last year, damn it!”

We published his story on January 6. Soon afterward, we received devastating news from Timm Purcell: While recovering at home from adrenal gland surgery, Garlyn died of either a blood clot or heart failure on January 12. He was 43. 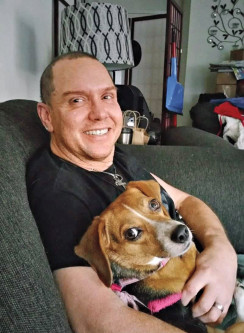 Timm, who is also HIV positive and disabled (he uses a walker), didn’t want us to take down the story. Just the opposite. “We try to educate,” he said, stressing a message he wants to get out: “Don’t judge a book by its cover.”

Garlyn learned he had AIDS in 2009, after moving in with his parents in Jacksonville, Florida. In denial, he had refused to get tested until he was very ill; resultant brain damage and three mini-strokes impaired his ability to walk. His parents, citing their Christian beliefs, kicked him out of their house, so Garlyn crashed at a brother’s. While attending events of the Northeast Florida AIDS Network and the Positive Attitudes support group, he met Timm. The two soon became inseparable. “I’m a very shy person,” Timm said, “and Garlyn got me out of my shell. He’s very outspoken and loving, the kind of person who never met a stranger.” The couple married in 2011 and again in 2016, once it was legal nationwide. “My mom, LaRee,” Timm said, “took him in as her own son.” 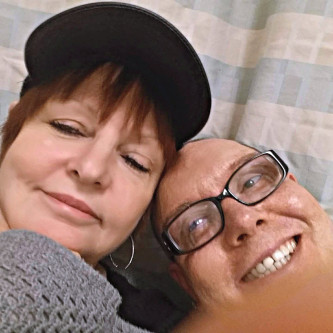 When asked whether he had advice for POZ readers, Timm replied: “I think Garlyn and I would say the same: Don’t give up because you have HIV or AIDS. There are support groups that will help you. There are opportunities for you to succeed. And there’s love out there for everyone.”

Visit poz.com/stories to read other submissions and to share your own tale of living with HIV.