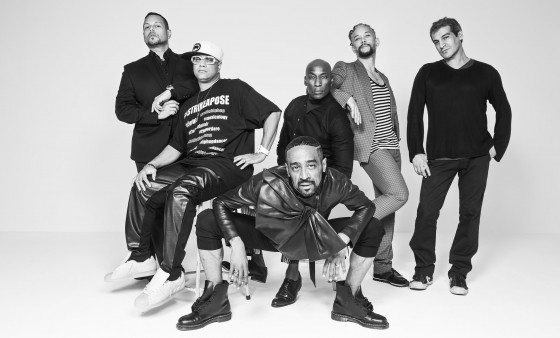 The documentary catches up with the iconic 1990 voguers—two of them are long-term survivors of HIV.

Wanna find out what happened to the seven male dancers from Madonna’s Blond Ambition tour and Truth or Dare film? Then tune in Thursday night, April 6, for Logo’s premiere of Strike a Pose, a documentary that reveals the hidden lives of these men, made world-famous in the iconic “Vogue” video, released in 1990.

Two of the dancers—Salim “Slam” Gauwloos and Carlton Wilborn—are living with HIV and discuss their lives as long-term survivors. They were the subjects of a POZ cover story last summer that went to press as Strike a Pose was playing at film festivals across the globe. A third dancer from that 1990 Madonna tour, Gabriel Trupin, died of AIDS-related illness in 1995. All three dancers were HIV positive during Blond Ambition, though none of them revealed their status to anyone else at that time—not even one another.

“These seven dancers from the Blond Ambition tour inspired a whole generation. From the halls of the ballrooms to center stage, their bold self-expression was a true pop-culture inspiration,” said Taj Paxton, vice president of Logo Documentary Films, in a press release. “We’re proud to showcase the men behind the woman and to stir the next generation of leaders and tastemakers in the LGBTQ community.”

For our cover story, read “The Re-Invention Tour,” and you can read our extended interview with Carlton here and with Salim here.

Below is the Logo trailer for Strike a Pose.