For the first time since 2019, the nation’s largest annual HIV-related gathering took place in person. The joy of escaping our screens and reconnecting with friends was palpable at the U.S. Conference on HIV/AIDS (#2022USCHA), held October 7 to 11 in San Juan, Puerto Rico.

I met Don Evans when I was 15 years old and I attended a HIV and sexual health training that he facilitated at Brotherhood, Inc. in New Orleans. Full circle as we’re both attending #USCHA2022 in Puerto Rico as HIV advocates over 20 years later. pic.twitter.com/dgNyCctBmd

Everyone convened daily at the multilevel Puerto Rico Convention Center for mammoth presentations, breakout workshops, worship sessions, dances, art displays and an exhibit hall filled with booths (including one for POZ magazine).

???????? ???? ????️‍⚧️ Our first time attending the U.S conference on HIV/AIDS hosted by @NMACCommunity We are ready to commit to build health equity and racial justice in our local communities #2022USCHA #starttalkinghiv #puertorico pic.twitter.com/ZIr6xvNtsK

Joy! Celebration! Laughter! Music! All essential ingredients to sustaining the HIV workforce. This work is not easy, but the building of friendships and community keeps us going toward a better healthcare systems that centers health & wellbeing in BIPOC communities. #2022USCHA pic.twitter.com/EgptKo76kZ

To give you an idea of the energy and breadth of the experience, we’ve culled a number of tweets, pics, posts and videos from social media. What you see here is but a sampling of what’s available online; for more, search #2022USCHA and #USCHA2022.

And if this inspires you, mark your calendars now for next year’s conference. #2023USCHA is slated for September 6 to 9 in Washington, DC.

The room was standing room only with people spilled out into the halls for my session on Navigating #Racism within #HIV Organizations at #USCHA2022.

Join us now in Room 103B for our workshop “HIV Long-term Survivorship: 50s, 60s, and Beyond”! Happening now! #USCHA2022 pic.twitter.com/gLah1njZAC

Given the location of this year’s conference and the fact that the U.S. Latino community is disproportionately affected by HIV—especially transgender Latinas and gay and bisexual Latinos—many events at USCHA highlighted the disparities, challenges and successes experienced by the Latino population.

Happening now! My sisters from @thewellproject dropping wisdom on the intersections of sexual health, wellness, pleasure, & #HIV in Rm 209A at #USCHA2022! So proud! ???? #onewomanatatime pic.twitter.com/nD2XenqXAs

For example, the conference stressed the importance of “language justice,” in this case referred to the idea that people have the right to receive lifesaving health information in a language they understand. To underscore that idea, many of the plenary events—the lunchtime presentations on the main stage for all attendees—were conducted in Spanish, sometimes with English subtitles on the jumbo screens that projected the speakers to the crowds and sometimes without, in which case English speakers in the audience wore headsets to listen to translators.

The opening plenary discussion traced the history of HIV in Puerto Rico, including the successful effort to end mother-to-child transmission, a goal the island accomplished before  states on the mainland did. Carmen Zorrilla, MD, who led those efforts, spoke during the plenary. And the final plenary was devoted to the federal response to monkeypox.

A plenary presented by Gilead Sciences underscored the vital role of music and dance—from salsa to merengue—in Puerto Ricans’ ability to persevere and thrive in the face of numerous challenges, be it slavery, hurricanes or health disparities.

Similarly, a plenary by ViiV Healthcare included live readings of excerpts taken from its podcast Love in Gravity—a series of HIV-related tales by and about Latinos that illustrate the healing power of storytelling. (A complete reading of the episode “Our Lady of the Six Train” was held at the historical Teatro Tapia in Old Town. Do yourself a favor and listen to this hilarious and emotional story—it’s free online.)

In short, USCHA 2022 was an educational, emotional and inspiring event—and the island setting magnified the feel-good vibes. Although Hurricane Fiona had struck the island just weeks before the conference, most of San Juan was spared major damage. NMAC, the group that spearheads the convention, had assured everyone that moving forward with the event was the right decision, and surely anyone who attended would agree.

Visitors also enjoyed the beaches, local food, culture (Jennifer Lopez!) and many of the gorgeous sights, such as Old San Juan and the island’s jungles, while supporting the local economy. Our minds, bodies and souls left Puerto Rico enriched, educated and inspired, ready to face the challenges ahead. 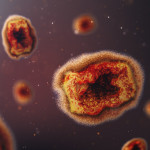