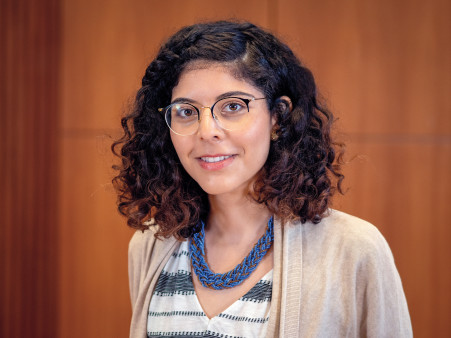 Growing up in Indiana’s public school system, Alejandro Rodriguez, now 23, didn’t learn much about HIV in sex ed. “Classes focused on abstinence and pregnancy,” he recalls, “and HIV was stigmatized as a gay disease.” A glimpse into the world of healthy LGBTQ youth arrived via the hit musical series Glee. “It was known as a gay TV show, and I didn’t want my sexuality to identify me,” Rodriguez says, “so I didn’t share that I watched the show. But it really helped me.”

As Rodriguez became more comfortable as a queer person—he identifies as bisexual—he knew he was at risk for HIV and got tested regularly. But he engaged in condomless sex and struggled with sex addiction, a result, he says, of sexual abuse as a child, which he believes is common. In September 2020, he tested positive for HIV.

“That’s when I realized how misinformed everyone was,” Rodriguez says. “I thought it was a death sentence.” Today, he’s educated, undetectable and determined to be an HIV advocate.

Young activists like him are much needed. In 2018, youth ages 13 to 24 made up 21% of new HIV diagnoses. Black and Latino gay and bisexual men are at especially high risk. One reason, as Rodriguez puts it, is: “We don’t hear the truth about sex.”

Generate, a new program from the LGBTQ advocacy group Human Rights Campaign (HRC), aims to change that. It mentors and mobilizes young adults ages 18 to 24 who identify as Black or Latino LGBTQ to become peer facilitators by using “storytelling as a powerful tool for grassroots-level advocacy,” explains Vanessa A. Castro, HRC’s associate director of HIV and Health Equity. “Our goal is to combat HIV stigma and discrimination, mobilize LGBTQ+ young people to elevate comprehensive HIV prevention efforts, and advocate for the dignity, rights and well-being of people living with and affected by HIV.”

Generate is a component of HRC’s “My Body, My Health” HIV campaign, which also provides in-home HIV testing kits and created a sexual health directory for historically Black colleges and universities.

Today, Rodriguez is a student at the University of Indiana who’s heading to Washington, DC, to work as a con-gressional intern. He plans to work in law or government and to maybe run for public office. Along the way, he’ll share his HIV story. “We need young people to talk about HIV,” he says. “Youth representation can make a difference.”