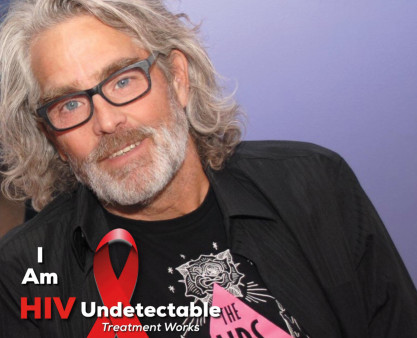 If you’re part of the HIV community and use social media, then you’ve likely seen the handiwork of Michael Zalnasky, best known as Zee Strong. In November 2017, he and Henry Calderon Jr. launched a Facebook group to honor people with HIV as well as those lost to the epidemic. It was an instant hit, partly because Zee posted selfies he had spruced up with “frames,” HIV-related graphics he created on his iPhone using free apps. Folks liked the frames so much that they requested he create some for their own pictures. And so The Digital Living Quilt came to be.

Sample frames from the Digital Living QuiltCourtesy of Zee Strong

Within two years, Zee had created more than 10,000 images, which can be divided into about 120 “albums,” as Zee refers to each uniquely designed frame promoting a particular HIV theme. A few examples are: “I Want a Cure,” “Trans Rights Are Human Rights,” “Stigma Sucks,” “Positive Women: Alive & Well Living” and “I Am HIV Undetectable.” 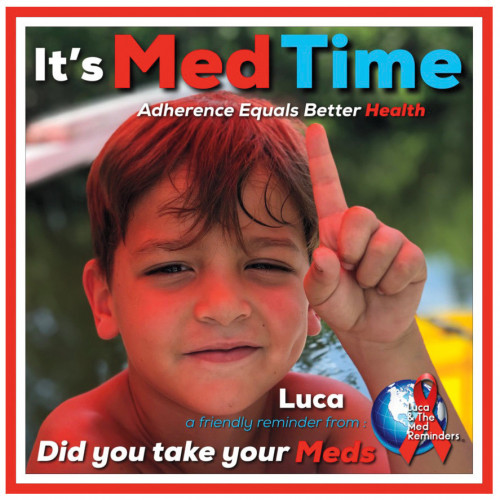 There’s also the “Luca the Med Reminder” series based on Zee’s grandson, who as a preschooler would pester “Papa” to take his meds so he’d have enough strength to play with him.

Both Luca and his mom are HIV negative, notes Zee, who turns 60 in January and lives in Wilton Manors, Florida; he has been disabled since being diagnosed with AIDS in 2014. Zee estimates that about a quarter of the quilt participants are HIV negative, and he’s thrilled to amplify their support. As a heterosexual man, he also speaks out for HIV awareness among that often overlooked population.

Below is a slideshow of Zee’s work—the first frame is of the artist himself!

People from across the globe request personalized frames from Zee, reaching out to him via email and the Facebook group titled The Digital Living Quilt @ AIDS HIV Survivor Living Memorial. Zee posts the finished frames on the group’s page, often along with the person’s HIV story. You can also view a library of over 10,700 posts on Instagram via @zeestrong.

“I’ve lost count of how many people have used this platform to go public [about their HIV status],” Zee tells POZ. “Imagine getting a request from a 31-year-old female HIV survivor who has been hiding her status, then uses your frame as a Facebook profile picture and a way to tell family and friends. This is what I’m most proud of. After all, going public is the only way stigma ends.”