Utah’s Medicaid program does not pay for circumcisions—and that policy might put infant boys at risk for HIV and other sexually transmitted infections (STIs) as they get older, according to a new University of California Los Angeles study as reported by The Salt Lake Tribune.

According to the article, researchers noted that circumcision rates for infant boys are, on average, 24 percent lower at hospitals in Utah and 15 other states where Medicaid programs do not cover the cost of the procedure. Citing data from clinical trials in South Africa, Kenya and Uganda—which found that male circumcision reduced the risk of female-to-male HIV transmission by 55 to 76 percent—UCLA researchers conclude that a lack of Medicaid coverage for the procedure could result in further health disparities for boys born into poor families that benefit from the public health program. They add that the transmission rate for HIV and other STIs is highest among low-income populations.

“If you could save your child the trauma of all kinds of infectious diseases later in life for $350 or $300, wouldn’t you think that’s worthwhile?” asked Arleen Leibowitz, an economics professor at UCLA whose study was recently published in the American Journal of Public Health. “We have all of these parents who are vaccinating their girls against the human papillomavirus (HPV) now, also at a fairly high price. Shouldn’t we also be thinking about the boys?” 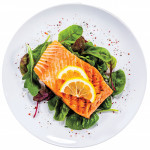