Seeing the Doctor Is Vital When CD4s Are Low

Keeping medical appointments is particularly crucial for HIV-positive people on antiretrovirals who have a low CD4 count. In an analysis of over 35,000 adults receiving care for HIV, investigators found that those with 200 or fewer CD4s who saw the doctor regularly were much more likely to fully suppress their virus when compared with those with similar CD4 levels who were not retained in care. The greater the CD4 levels, the more this difference narrowed between those retained and those unretained in care.

Baligh Yehia, MD, an assistant professor of medicine at the Hospital of the University of Pennsylvania, says that his study’s findings indicate that health providers need to be especially vigilant about caring for people who first enter care late in the course of HIV disease.

“This really gets to this whole idea,” he says, “which is what’s going on in medicine in general, of how to more personalize health care.”

Yehia advises physicians to see late starters very frequently after they first enter care and to “make sure that [the patient’s] comorbid conditions and their symptoms are addressed, that they establish a strong relationship with their provider, and that we help them achieve viral suppression.” 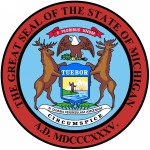