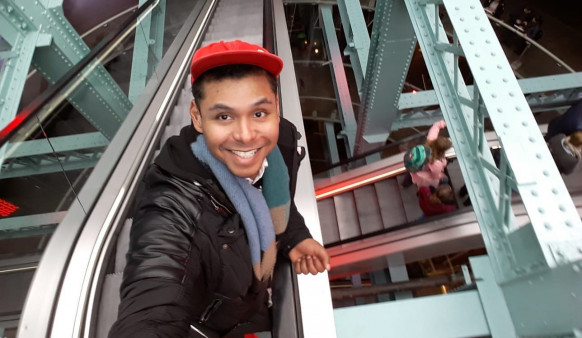 Meet the 2nd Person Cured of HIV, aka the “London Patient”

“I want to be an ambassador of hope,” Adam Castillejo, 40, who grew up in Venezuela, tells The New York Times.

A year ago this month, the world learned that a second person, nicknamed the “London Patient,” had been likely cured of HIV. Now he has decided to go public with his identity. As a New York Times profile reveals, his name is Adam Castillejo, 40. He grew up in Caracas, Venezuela, and has lived in London since 2002.

A year after the “London Patient” was introduced to the world as only the second person to be cured of H.I.V., he is stepping out of the shadows to reveal his identity. “I want to be an ambassador of hope," he said. https://t.co/l4XxVgj8AK

Castillejo’s HIV went into remission following a stem cell transplant to treat his cancer; the new stem cells were resistant to HIV. For more details about research related to his treatment, see “Famed London Man ‘Probably’ Cured of HIV,” which is a POZ report from the 2020 Conference on Retroviruses and Opportunistic Infections (CROI) in Boston this week. For back story, check out these POZ articles from last year: “A 2nd Man’s HIV Is in Long-Term Remission, but Is He Cured?” and “Reactions to the News of Another Person Possibly Cured of HIV.”

As the Times reports this week, Castillejo is in good health today, though the journey to his cure was at times “very terrifying and traumatic.” He found out he had HIV in 2003, when he was 23. That diagnosis inspired him to adopt a healthy lifestyle and become a sous chef. The diagnosis of Stage 4 lymphoma came in 2011. In spring 2015, doctors told him he wouldn’t live to see Christmas. And yet he survived to receive a bone marrow transplant in May 2016, and he took his last HIV meds in October 2017. Dealing with HIV and chemotherapy took a physical and mental toll. At one point, Castillejo became so despondent and depressed that he contemplated suicide. Another time, according to the Times profile, he simply disappeared for several days, with no memory of where he’d been. But that’s in the past. Today, Castillejo exudes optimism.

Doing my best to try and embrace my new path as an Ambassador of Hope @londonpatient https://t.co/OZSQb2dWM5

“This is a unique position to be in, a unique and very humbling position,” he told the Times. “I want to be an ambassador of hope.”

This past year, as he watched reports about the London Patient—or “LP,” as Castillejo refers to his other identity—he began to see that he could become an advocate for HIV awareness and cure research. Before deciding to go public, he reached out to the only other person who could truly understand what he was going through: Timothy Ray Brown, aka “the Berlin Patient,” the first person cured of HIV. (Brown is an American who was living in Berlin at the time of his cancer diagnosis and subsequent stem cell replacement.) 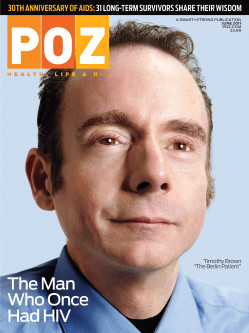 To read the POZ 2011 cover story about Brown, see “Patient No More.” And don’t miss the follow-up article from 2017, “Berlin Patient Timothy Ray Brown Celebrates 10 Years of Being Cured of HIV. So Why Is He Taking HIV Meds Every Day?”