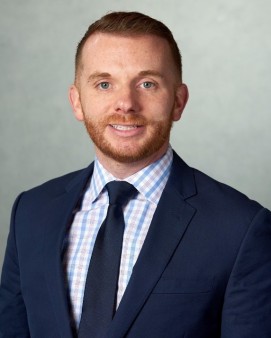 Joe Hollendoner is the new CEO of SFAF effective May 2. SFAF/Joel Wintermantle

Joe Hollendoner, MSW, has been appointed CEO of San Francisco AIDS Foundation effective May 2, according to an SFAF press release.

Previously, Hollendoner was the first deputy commissioner of the Chicago Department of Public Health, the third-largest health department in the county. He also worked as senior vice president at the AIDS Foundation of Chicago, and as vice president and chief program officer at Howard Brown Health Center. And he was the founding director of the Broadway Youth Center, which helps homeless LGBT youth.

“Joe is a talented and passionate leader, with a strong track record of innovation at large and complex institutions in the field of HIV/AIDS,” said Philip Besirof, chair of the San Francisco AIDS Foundation board of directors, in the press release. “He has a deep understanding of what is required to lead a large portfolio of successful programs, services and advocacy campaigns, while simultaneously identifying opportunities to develop new ones to meet the ever-changing needs of the community.”

“I am honored to lead this extraordinary organization during a critical moment in the HIV epidemic when for the first time no new cases in San Francisco is possible,” said Hollendoner. “I look forward to working with the foundation’s talented team to build upon its groundbreaking work. Together, we will continue our efforts toward making San Francisco the first city to end HIV transmission and ensuring that the needs of the diverse communities we serve are met.”