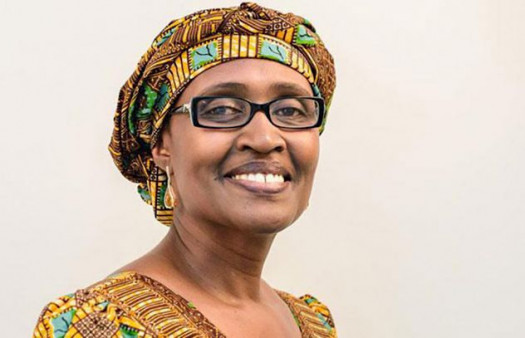 Meet the New Leader of the United Nations AIDS Program

Formerly at Oxfam, Winnie Byanyima is the executive director of UNAIDS. She says fighting the epidemic is “very personal.”

Winnie Byanyima, a former Ugandan politician and international humanitarian, has been appointed as the new executive director of the United Nations Programme on HIV/AIDS (UNAIDS) and the U.N. under-secretary-general.

Byanyima began her career as a member of parliament in the National Assembly of Uganda, where she championed marginalized communities and women, according to a UNAIDS press release. In 2004, Byanyima became the director of Women and Development at the African Union Commission. She worked for seven years as director of gender and development at the United Nations Development Programme, and since 2013, she has been the executive director of Oxfam International, a humanitarian confederation of 20 nongovernmental organizations that work in over 90 countries on ending global poverty.

UNAIDS reports that “she holds an advanced degree in mechanical engineering (in energy conservation and the environment) from the Cranfield Institute of Technology and an undergraduate degree in aeronautical engineering from the University of Manchester.”

When notifying Oxfam staff of her future job, The Washington Post reports, Byanyima told them she had “very personal” reasons for accepting the UNAIDS post: She lost a brother to AIDS, as well as many friends and comrades. What’s more, she is “guardian to children who are HIV/AIDS orphans.”

In the UNAIDS press release, she added: “The end of AIDS as a public health threat by 2030 is a goal that is within the world’s reach, but I do not underestimate the scale of the challenge ahead. Working with all its partners, UNAIDS must continue to speak up for the people left behind and champion human rights as the only way to end the epidemic.”

The previous U.N. chief, Michel Sidibé, resigned from the post earlier this year amid unfavorable reports and investigations into his handling of an alleged sexual assault case. For details, click here.