Woman Sues City of Dearborn for HIV Discrimination by Police

An HIV-positive Detroit woman who made headlines in 2012 after being ticketed for not disclosing her HIV status to a police officer during a traffic stop has filed a federal civil rights suit naming the officer and his employer, the city of Dearborn, Michigan.

Shalandra Jones was pulled over August 3, 2012, by Dearborn Police Officer David Lacey for a broken tail light. When Lacey began his contact with Jones and her friend Mark Scott, he said he smelled marijuana.

A video shows the officer stating, “Where’s the weed at? I can smell it pretty strong from right here.” The American Independent obtained the video through a public records request.

Jones shortly after surrendered a small amount of marijuana to Lacey. At that point he removed Scott, handcuffed him and placed him in the back of his vehicle. He asked Jones to step out of the 1999 GMC Jimmy as he searched the car. He discovers, in her purse, her HIV medications and inquires about them (about 14 minutes into the video below).

At the end of the exchange, Lacey ticketed Scott for driving without a license, and Jones for criminal misdemeanor possession of marijuana. As he hands the tickets to the couple, he says he was “pissed” Jones failed to disclose her HIV status to him, then says, “Honestly, if it wasn’t for that, I don’t think I would have wrote anybody for anything. But that kind of really aggravated me, you know what I mean? You got to tell me right away, ‘I’ve got this. I’ve got that.’ ‘Cause at that time, I wasn’t wearing any gloves.”

Watch an interview with Jones:

Watch an interview with her children:

The suit claims the search of Jones’ person was a violation of the Fourth Amendment—which prohibits certain searches—and his treatment of her violated her Fourteenth Amendment rights to equal treatment under the law. The lawsuit also claims the violations are proof of a systematic problem with training and education for Dearborn police officers. The suit also asks the federal court to punish the city for releasing the dash cam video of the incident without redacting Jones’ name and identity. They argue this violated Michigan’s strict HIV confidentiality law. Violations of the Michigan law can be charged civilly or criminally.

This is not the first time the city has been sued in federal court over allegations of violations of Constitutional rights. Lacey was one of 17 officers, along with the city and city officials sued by evangelical Christians in the group Acts 17 Apologetics for their arrest and prosecution for distributing Christian information at an Arab street festival in the city. The city settled the lawsuit in May 2013. They issued an apology to the evangelicals that were arrested and paid the quartet $300,000, according to Dearborn Press & Guide.

Moore says these two instances may not be isolated incidents.

Watch an interview with her attorneys:

“There does seem to be a pattern of ignorance by Officer Lacey and the Dearborn Police Department’s failure to protect the civil rights of its citizens. I have other reports of severe violations of civil rights by other individuals including those living with HIV,” Moore said in an email to POZ. “At this point, all I can say for sure is that we need to let the discovery phase of the trial play out and see what information is gathered to determine the extent of the ongoing police misconduct by the Dearborn Police Department.”

Moore says it took so long to file the action because Jones was facing the criminal case. Dearborn city attorneys continued to offer to dismiss the criminal charge against Jones, he said, as long as she would waive her right to sue the city for violating her rights. The criminal case was finally dismissed in October 2013, 13 months after the initial incident.

The battle in the Jones’ criminal case centered on Michigan’s medical marijuana law. Jones’ lawyers and the city attorney, the prosecutor for misdemeanor cases, battled over whether Jones’ qualifications for medical marijuana under state law could be argued in the case. Michigan’s law specifically lists HIV and AIDS as qualifying conditions to obtain medical marijuana patient cards. Jones was in possession of an expired card at the time of the incident, and has since renewed it with the state. Her lawyers were going to use a provision in the 2008 law that would allow her to avoid criminal liability by proving she was a qualified patient before the seizure of her marijuana.

The ticket, plus the year of legal haggling, have taken their toll on both Jones and her children. 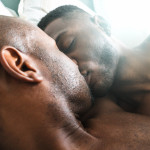