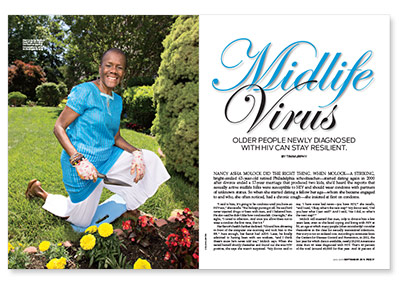 Nancy Asha Molock did the right thing. When Molock—a striking, bright-smiled 63-year-old retired Philadelphia schoolteacher—started dating again in 2000 after divorce ended a 17-year marriage that produced two kids, she’d heard the reports that sexually active midlife folks were susceptible to HIV and should wear condoms with partners of unknown status. So when she started dating a fellow her age—whom she became engaged to and who, she often noticed, had a chronic cough—she insisted at first on condoms.

“I said to him, It’s going to be condoms until you have an HIV test,” she recalls. “But he kept putting it off. He said he’d never injected drugs or been with men, and I believed him. He also said he didn’t like how condoms felt. One night,” she sighs, “I caved to affection. And once you allow them not to wear a condom the first time, that’s it.”

Her fiancé’s health further declined. “I found him shivering in front of the computer one morning and took him to the ER.” Sure enough, her fiancé had AIDS. Later, he finally admitted to having been with sex workers, “and I think there’s more he’s never told me,” Molock says. When she tested herself shortly thereafter and found out she was HIV positive, she says she wasn’t surprised. “My doctor said to me, ‘I have some bad news—you have HIV,’” she recalls, “and I said, ‘Okay, what’s the next step?’ My doctor said, ‘Did you hear what I just said?’ And I said, ‘Yes I did, so what’s the next step?’”

Molock still married that man, only to divorce him a few years later, even as she faced coping and living with HIV at 50, an age at which many people (often mistakenly) consider themselves in the clear for sexually transmitted infections. Her story is not an isolated one. According to estimates from the Centers for Disease Control and Prevention, in 2011, the last year for which data is available, nearly 20,000 Americans older than 40 were diagnosed with HIV. That’s 40 percent of the total (around 49,000) for that year. And 16 percent of those diagnoses were in folks over age 50.


It’s hard to know how many of those diagnoses reflected recent versus long-term infections. But in 2011, folks ages 40 to 49 made up the highest percentage of those diagnosed with advanced AIDS, suggesting that some folks in midlife go years with HIV before diagnosis. “The older people get, the later they get tested from their point of infection,” says Mark Brennan-Ing, PhD, research director at AIDS Community Research Initiative of America (ACRIA), which specializes in HIV/AIDS in older Americans. “A lot of people over 50 don’t talk to their doctors about sex.”

But for those who find out they are HIV positive, says Brennan-Ing, “It can be really distressing because HIV infection is not something we really associate with mid- and late-life. There’s an off-time aspect to it.”

And Brennan-Ing isn’t just talking about straight women, who might seem less aware than gay men that they’ve been exposed to HIV. He relates the story of a gay man over 50 who worked in the HIV/AIDS field, who did not know that his longtime partner was having unsafe sex outside their relationship. “That man was diagnosed with HIV and felt deeply betrayed by his partner, and the relationship ended as a result,” says Brennan-Ing. “And because this man had been working in the HIV field so long, he felt stupid. A lot of older gay men who are infected feel that way, and that shame can trigger major depression.”

Of course, some older gay men get HIV not unwittingly in a relationship but because, after years of practicing safe sex—often through the worst years of the epidemic—they simply break down, no longer willing or able to use condoms consistently.

Rik Gillette, 63, a data manager for AIDS Services Foundation in Orange County, California, credits having lived a closeted, hetero-married life for keeping him HIV negative in the 1980s and ’90s. But he came out to his wife shortly before she died in 2000, after which he lived the sexually unfettered gay life he’d long desired. In Dallas, he and his roommate would throw festive gay pool parties that often became sex bashes.

“In the heat of the moment, sometimes condoms were not used,” he recalls. “It didn’t even cross my mind—I was just into the fun.” In early 2009, living in Orange County, he had a case of staph infection, which landed him in the emergency room, where he was diagnosed with HIV. “I wasn’t totally shocked, but it was a surprise,” he says, “because I’d tested HIV negative before leaving Dallas and played safe in California, so it must have happened right before I left. I have a good idea who gave it to me—someone I was more intimate with than most.”

Gillette says he doesn’t regret the long-awaited abandon of those pool parties—“just the fact that I hadn’t been more cautious.” As for his HIV diagnosis, “I took it in stride,” he says. “I didn’t see it as a death sentence.”

Still, he admits, “I wasn’t knowledgeable about the disease at all, how it was going to affect my social life, having to disclose my status to guys. It was a whole new coming-out process for me.” Gillette lost the job he had at the time, depleted his savings and ended up nearly homeless until AIDS Services Foundation helped him find transitional housing, let him volunteer there and, thanks to his tech background, eventually hired him. Since then, he’s been doing OK, attending support groups, though he admits, “I’m having issues with companionship at my age—I miss having someone I can cuddle with on the sofa and watch TV.” He doesn’t go on dating websites or to gay bars, though he does find camaraderie singing in a gay men’s chorus.

Then there’s the occasional judgment he gets for contracting HIV when he “should have known better.” Says Gillette: “A couple people in my support group have said to me, ‘Why would you make a conscious decision not to use protection?’ They didn’t quite call me stupid, but that’s how I interpreted it. All I can say is, I wanted to experience the joy of the moment. I’m a heavy guy, and the thought that anyone wanted to have sex with me was encouraging.”

A comparable story is told by San Francisco training management exec Jerry Ervin, diagnosed at age 45 in 2009. “I’d stayed HIV negative so long I thought I was Superman and started having condom-free sex,” he says. He points out that HIV hasn’t changed his life much. “I still work and do triathlons.” But he admits he feels “embarrassment” at having gotten HIV later in life.

Also, he only dates HIV-positive guys now, unlike before, fearful of giving someone HIV. Data proving that a positive person on meds with undetectable virus, such as himself, essentially cannot transmit HIV, “hasn’t allayed my fears.” Plus, he says, “I feel inferior with someone HIV-negative, like I’m in a lesser category.” He’s been dating an HIV-positive guy the past seven months, enjoying condom-free sex. “We can talk about our meds together. We’re in the same boat.”

Some older folks experience depression and anxiety after an HIV diagnosis, says Brennan-Ing, adding that ACRIA research has uncovered four key factors that help people stay resilient and move forward. They are, he says:

1. A social support network, or “having people there you can turn to,” whether they are family and friends or folks you meet in groups at an HIV/AIDS agency or a senior center.

2. Spiritual or religious beliefs of some kind. “It helps people make sense out of things that happen to them and move forward,” he says. Plus, he notes, organized spirituality often has a social component.

3. A sense of self-esteem, or what Brennan-Ing calls “environmental mastery,” meaning the sense that one knows how to take steps to make positive change and get one’s needs met.

4. A sense of purpose and meaning. “Feeling like you have a reason for existence is very protective against stigma and loneliness.”

That’s been a huge help for Debra Glover, a Columbus, Georgia, HIV activist who was diagnosed with HIV at age 50 in 2001, having gotten the virus from her high-school sweetheart. “The hardest thing was telling my daughter, who was in high school at the time,” she recalls. “But I prayed on it, and my entire family ended up being supportive.” Now she works to guide people and their families through the HIV diagnosis process, and to educate her region on HIV risk factors and prevention methods. “We’re a small town without a lot of support around this, so I try to be a voice for the silent.”

So does Conneil “Jay” Gavin, 53, of New Brunswick, New Jersey. Diagnosed with HIV in 2006, Gavin attributes his infection to not using condoms properly—“we used petroleum jelly instead of water-based lubricant”—with a former boyfriend who didn’t tell him he was HIV positive. Gavin says that, compared with his Marfan syndrome (a disorder of the connective tissue), his HIV diagnosis has not been that hard to live with, mostly because of the fact that he has the support of his family as well as his church congregation, whom he disclosed his status to. Now he teaches safe-sex workshops with Hyacinth AIDS Foundation. “I want to demolish HIV stigma!” he says boldly. But even he has not escaped it completely; “I have an uncle who cursed me out for leaving my razor in his bathroom,” he admits.

And as for Nancy Asha Molock? In the decade-plus since her HIV diagnosis, she has thrived, retiring from school teaching to travel widely throughout Africa and get involved with the national Positive Women’s Network, whose first leadership summit occurs this September in Florida.

“The network has opened my eyes to a lot of the injustice out there and made me realize things are bigger than just me and what I’m going through,” she says. She’s also trying to start a Philly support group specifically for HIV-positive folks over 50. “We have our own issues,” she says. “We may feel more isolated, we’re not going out to clubs anymore, we may feel that people are judging us because we’re older and ‘should have known better,’ and we may be taking care of children or grandchildren.”

Yes, she admits, she has struggled with dating because of her HIV. “I tend to back off more, and I’ve been rejected over being positive. I have to turn it around and say it’s their loss. Because I think I’m a good person. I have a lot to offer.

“I had a good life before I was positive, and I’m going to continue to,” she asserts. “It’s just a virus. I can’t let it stop me. I’m going to get everything I can get out of life.” 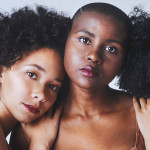 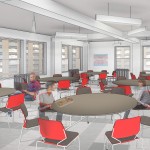 GMHC to Move to a New Midtown Manhattan Space 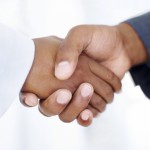 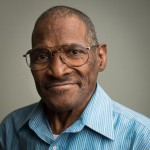