Missouri’s governor signs a bill that lowers the penalty of HIV exposure and transmission.

The law lowers the punishment for HIV exposure and raises the level of intent prosecutors must prove in order to convict a person living with HIV of a felony. It was once a felony to “recklessly” expose someone to HIV; now, prosecutors must prove the person with HIV “knowingly” exposed their partner to the virus. What’s more, if HIV is transmitted, the minimum sentence the person with HIV can now face is three years instead of 10.

The law, which takes effect August 28, doesn’t go as far as HIV advocates would like. However, “we still feel like it’s a really strong step in the right direction, to make sure that the laws are medically accurate and are charging people at an appropriate level,” Mallory Rusch, executive director of the nonprofit human rights and justice lobbying group Empower Missouri, told St. Louis Public Radio.

We are pleased that @GovParsonMO has signed SB 53 into law. The bill, which included measures affecting police & prosecutors also included changes to the state’s HIV criminalization laws. https://t.co/UWJSDD60w2

The problem with many HIV crime laws is that they were passed in the early days of the epidemic, when lawmakers were motivated by fear and panic. Fast-forward four decades—indeed, this summer marked 40 years of AIDS—and we now know, for example, that HIV isn’t transmitted through spit and that people living with HIV who maintain an undetectable viral load cannot transmit the virus through sex, a fact known as Undetectable Equals Untransmittable, or U=U.

Outdated HIV laws don’t factor in this latest scientific knowledge. Even worse, under current laws in many states, people with HIV can be prosecuted and sentenced to prison even in cases where HIV was not transmitted, simply for allegedly not disclosing their status. People with HIV can also have other charges enhanced simply because of their HIV status.

The use of laws to target and punish people who have HIV is referred to as HIV criminalization, while efforts to reform or repeal the laws fall under HIV decriminalization.

Unjust HIV crime laws give rise to stigma and fear around HIV. They deter people from getting tested (since you can’t be charged for an HIV crime if you don’t know your status) which means that people with HIV won’t be on the treatment they need to stay healthy and prevent further transmissions. HIV criminalization also targets the people most at risk of contracting HIV, namely Black, brown and LGBTQ people.

In Missouri, the HIV reforms are part of a larger, wide-ranging bill, SB 53, that bans chokeholds, requires jails and prisons to provide female hygiene products at no cost and allows prosecutors to challenge wrongful convictions, among other provisions, reports St. Louis Public Radio in a separate article on the SB 53. The bill, which also included “pro-police provisions,” has been awaiting the governor’s signature since May.

As of 2019, about 13,000 people were living with HIV in Missouri, according to a press release about SB 53 from Empower Missouri. Between 1990 and 2019, at least 593 people in Missouri were arrested for crimes related to HIV or hepatitis, according to Empower Missouri. This translates to one HIV arrest for every 60 people living with HIV in the state.

Other state legislatures have succeeded in decriminalizing HIV this year. Illinois became the second state to repeal such laws—California did so in 2017—and Nevada and Virginia recently updated their HIV crime laws.

In related Missouri news, see “College Wrestler Sentenced to 30 Years in HIV Case Is Now Free,” about Michael Johnson, whose trial made national headlines, as well as the articles “50 Apartments for People With HIV to Be Built in St. Louis,” “What Is Meaningful Involvement of Black Women in HIV Work?” and “Vivent Health Merges With Thrive to Bring HIV Care to Kansas City.” 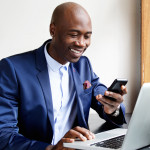