Participants in a study were started on daily oral drugs and then half were switched over to long-acting meds.

People new to HIV treatment do as well on the investigational injectable regimen of monthly long-acting cabotegravir and rilpivirine (sold in daily pill form as Edurant) as on a daily oral regimen of Triumeq (dolutegravir/abacavir/lamivudine).

Presenting their findings at the 2019 Conference on Retroviruses and Opportunistic Infections in Seattle, Chloe Orkin, MD, of Queen Mary University of London and colleagues screened 809 people with HIV who had never taken ARVs and who had a viral load of 1,000 or greater for the Phase III open-label, multicenter FLAIR study. Participants could have any CD4 count but could not have hepatitis B virus (HBV) or viral mutations conferring resistance to non-nucleoside reverse transcriptase inhibitors, with the exception of a mutation known as K103N.

The conference also saw a presentation about the Phase III ATLAS study of the long-acting regimen in which participants entered the study on a stable daily oral regimen they had already been taking and then were randomized to stay on that regimen or to switch to monthly injectable cabotegravir and rilpivirine. ATLAS found that the injectable treatment was as effective at suppressing HIV as the daily oral regimens.

A total of 629 people were enrolled in the FLAIR trial and started on 20 weeks of Triumeq. Then they were randomized into even groups to either stay on the daily oral regimen or to switch to the injectable treatment.

Four weeks later, they were started on injections of 400 mg of cabotegravir and 600 mg of rilpivirine, given every four weeks. (They could receive each injection between three and five weeks after their previous injection.)

Forty-eight weeks after the participants were randomized, 93.6 percent of those in the long-acting injectable group and 93.3 percent of those in the daily oral regimen group had a fully suppressed viral load (below 50). Consequently, the study authors concluded that the injectable regimen was noninferior to, or as effective as, the daily oral regimen.

An analysis of the concentrations in plasma of the injectable treatment compared with those seen, and known to be effective, with daily oral therapy with cabotegravir and Edurant indicated that the drug levels were comparable between the two means of delivering these drugs.

Of the 259 members of the injectable treatment group who responded to a survey at week 48, 257 (99 percent) preferred their new regimen over the daily oral treatment.

According to Janssen, the company intends to file for approval for the injectable regimen from the Food and Drug Administration later this year. This means that the agency, which has already given the regimen a fast-track designation, will likely issue a decision in early 2020. 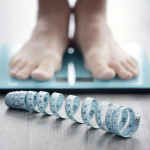 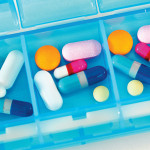